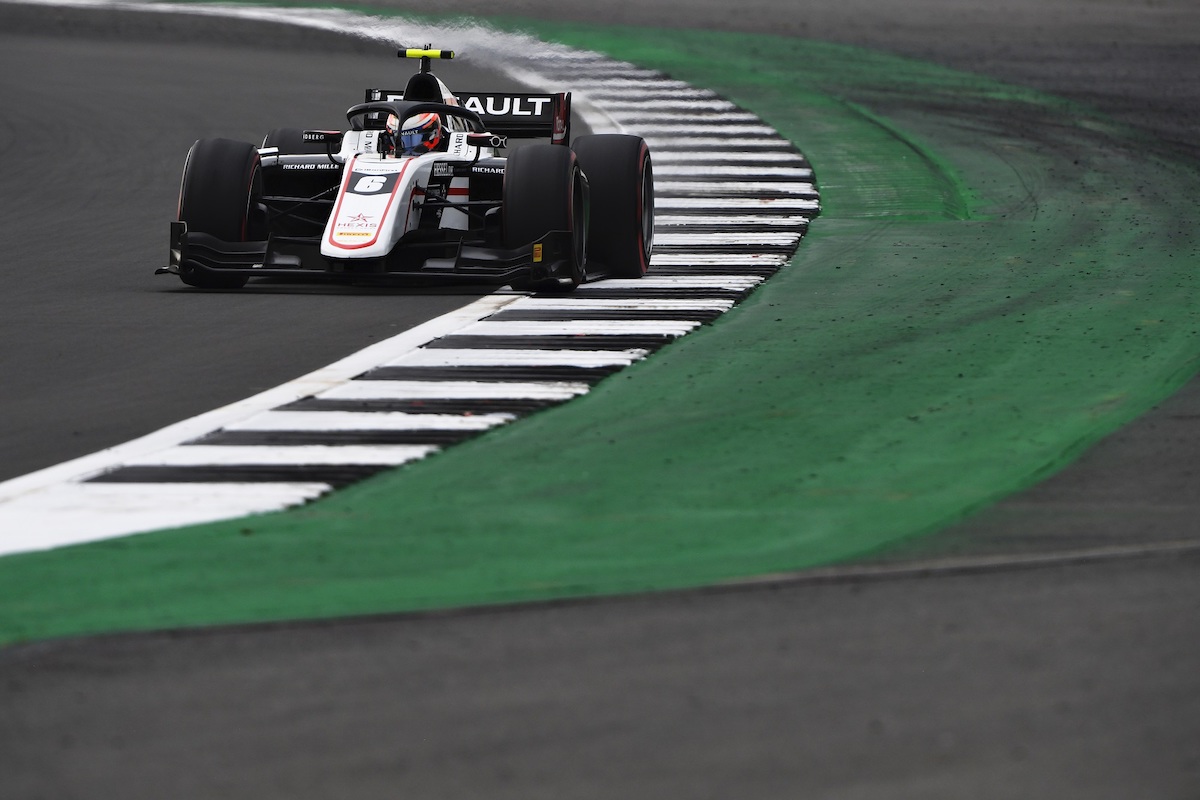 Christian Lundgaard believes a maiden Formula 2 pole position at the second Silverstone round was “definitely” possible, admitting that his own mistake cost him despite his best qualifying of the season.

Lundgaard was in first position until Callum Ilott bettered his time on his second set of tyres, and the Renault Formula 1 junior was improving on his final run before he lost time in the final sector, consigning him to second position.

After saying on team radio that his last attempt would be “worth it”, he admitted to the team that he “messed up” the lap.

“I think not being on pole was on me today,” Lundgaard admitted in the post-qualifying press conference. “The car was great. I was comfortable in the high-speed stuff and this track is high-speed. I made a mistake at the end of the lap that cost me quite a bit of time and we ran out of time in the end, and tyres, so let’s try again next week.”

Lundgaard’s lack of affection for the Silverstone circuit in contrast to some of his peers has been a running joke in F2 press conferences for a number of weeks.

Having already performed strongly last weekend, he admitted that he was not expecting to be so quick at the British venue.

“It’s improving,” he said of his feelings about the track, “It’s getting better, absolutely.

“Last week I was not expecting to have the pace that I had, compared to my feeling of the track, but it’s definitely getting a lot better. I’m getting more comfortable, but I think the car plays a part in that. If I were to go back to [Formula Renault] Eurocup I might still not like it, but the car is great around here.”

While his ART Grand Prix team-mate Marcus Armstrong struggled to 19th place, Lundgaard has carried over his pace from last weekend, and indicates that the team has changed direction with its setup to improve its chances in the races.

“I was already comfortable in the car in practice. We did quite a bit of a change from last week because obviously Callum is very fast in the race and obviously [Guanyu] Zhou as well and we need to catch up on that.

“We needed to learn from practice and I don’t know to be honest for Marcus but I’m feeling great in the car and I think the result today showed that.”

After finishing fourth in second in last weekend’s races, Lundgaard sits third in the F2 standings in his rookie season, just 12 points behind leader Robert Shwartzman.