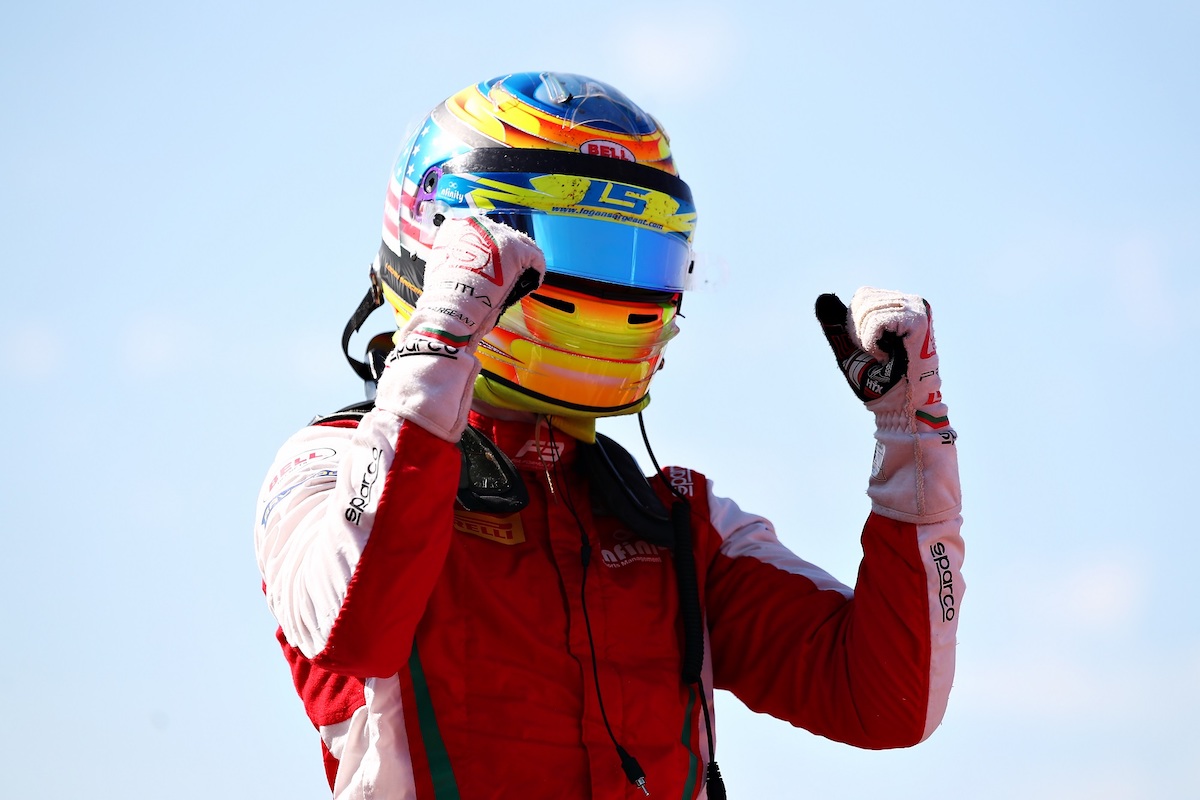 Logan Sargeant led from lights to flag to claim his first FIA Formula 3 win and the championship lead in race one at the second Silverstone weekend.

On pole just as he was one week ago, Sargeant made a great start to keep the lead as did third-placed Jake Hughes, who secured second place at the expense of Liam Lawson at the Loop.

Prema driver Sargeant wouldn’t be troubled by Hughes, opening up a three-second lead at one stage and finishing up 1.5s clear.

After running wide at Becketts on lap one, Lawson had to concentrate on defending third place from Frederik Vesti mid-race but did catch back up to Hughes with four of the 20 laps remaining.

Hughes held on to clinch his and the HWA team’s best result of the season so far at his home circuit, while Lawson fended off further interest from Vesti at the end to finish third complete with the fastest lap.

As well as trying to attack Lawson, Vesti had to work hard to keep Theo Pourchaire behind him in the first half of the race, twice clinging on to fourth around the outside of Stowe. On the second occasion, his defence earned a black-and-white flag from race control, but also helped David Beckmann to slip past Pourchaire for fifth.

Beckmann couldn’t keep up with Vesti thereafter but did maintain fifth. Pourchaire let Bent Viscaal past for sixth when he ran deep at Brooklands with five laps left but retook the position before the end, with Oscar Piastri also taking his chance to get by Viscaal.

Erstwhile championship leader Piastri started from 11th on the grid after the technical issues he suffered during qualifying, and reported more trouble to his team on his way to the grid, but was seemingly unaffected in the race on his way to seventh place.

Clement Novalak kept up his strong race form to finish ninth for Carlin ahead of Lirim Zendeli, who will start race two on reversed-grid pole position.

Behind that, a battle over 13th place between Matteo Nannini and Sebastian Fernandez ended with both cars in the Stowe gravel trap one lap from the end.