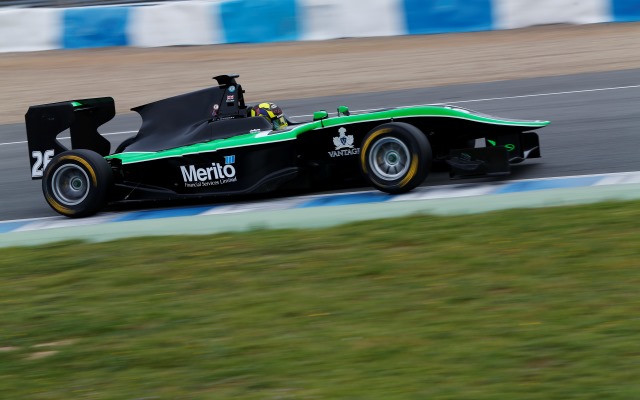 Nick Yelloly topped the timesheets for the second time in this week’s GP3 pre-season test at Jerez, setting the pace in the fourth and final session on Friday afternoon.

That Status Grand Prix driver’s time of 1m32.481s was over 1.7 seconds slower than Jimmy Eriksson‘s morning benchmark, which was the quickest time of the test.

Yelloly led a British lock-out of the top four places. Not for the first time, Carlin team-mates Emil Bernstorff and Alex Lynn were next to each other towards the top of the times, with the former ahead on this occasion.

The third and final pre-season test takes place at Barcelona on 16-17 April.