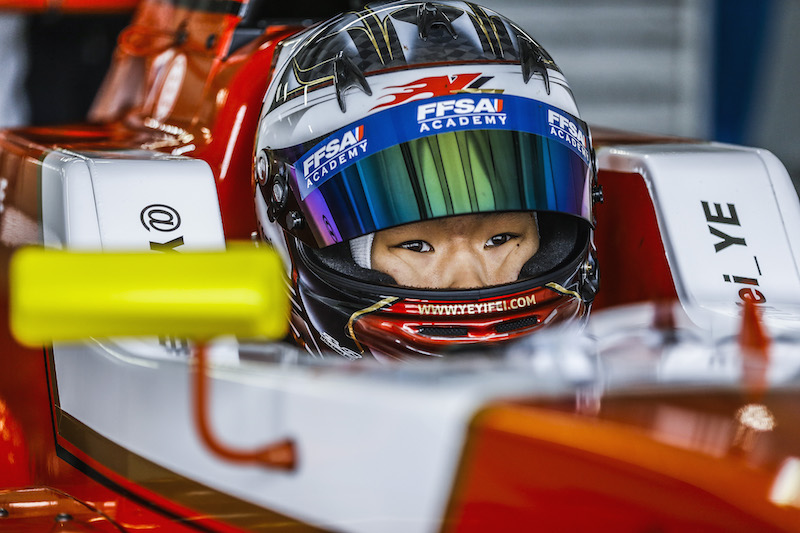 Ye topped the morning session with a time of 1m36.852s, bettering his mark of 1m37.004s from the first day, before sitting out the afternoon.

“We were not really looking for performance this morning,” said Ye.

“As we are confident about our speed at Hockenheim we just wanted to hone the tyres for the next collective tests. Despite just one run on new tyres and a competitor that got in my way, the time was quite good.

“This is a perfect start to the season and I hope that we will continue like this.”

Renault Sport Academy driver Lundgaard was only 0.02s behind Verschoor in third for MP Motorsport, and he then?went one thousandth of a second faster in the afternoon to top the later session, 0.3s ahead of his fellow rookie Lorenzo Colombo (JD Motorsport).

Colombo had been fifth in the morning behind another Renault protege Max Fewtrell (R-ace GP), with Oscar Piastri sixth for Arden.

Logan Sargeant, Alex Peroni, Alexander Vartanyan and Max Defourny rounded out the top 10 in the morning.

Sargeant improved his time to beat team-mate Fewtrell to third in the afternoon session, with Victor Martins going fifth to edge Defourny for a place in the day’s top 10.

Red Bull Junior Neil Verhagen, who topped every official Eurocup test day at the end of last year, finished the day slowest of the 29 drivers, 2.75s off Ye’s pace.