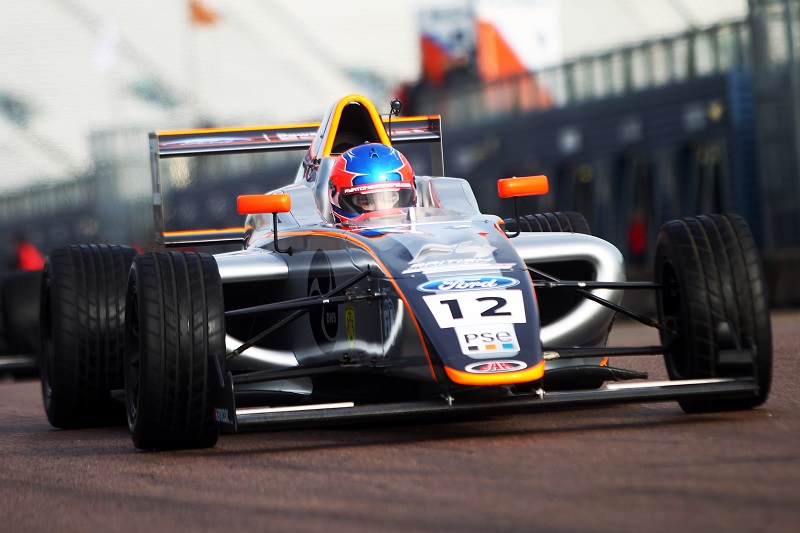 Ayrton Simmons will remain in British Formula 4 for a third year after securing a seat with the JHR Developments team.

For the past two years Simmons has been racing for Arden, but did not have the budget to continue with the team for this year.

The 16-year-old finished seventh last season, with just one win, and 11th the year before.

“I was quite low on budget after two years of F4. I think we were planning on taking a year off at some point, and JHR came up with a really good deal,” he revealed to Formula Scout.

“I?ve only done one test with the team [prior to the media day] and we were really positive, we finished the day in P2, at Donington.

“I?m really confident, the guys are really clued up, so even though they?re a low budget team, we?ve really got the potential to [do well].

“Obviously last year they had the bad crash with Billy [Monger], and it was a tough year for the team. All they want to do this year, is bounce back from that, and carry on in their winning ways that they were the year before.”

JHR Developments took Sennan Fielding to second in the standings in 2016, narrowly missing out on the title to current Renault F1 junior Max Fewtrell.

Joining Simmons will be Mexican Manuel Sulaiman, who finished 13th last year with the team and took one podium, and British karter Josh Skelton.

Skelton finished third in the Super 1 National Rotax Max Championship in 2016, and was eighth when he stepped up to the Senior X30 Class last year. He has been testing F4 machinery since late last year.

“I think it is a very strong line-up; there?s certainly a lot of promise there,” JHR boss Steven Hunter told Formula Scout.

“I?d like to see them develop. At the moment I think Ayrton, there?s no question, he?s certainly a grade A driver.

“Manuel is certainly stepping up to the mark, today [media day] has really been a bit of an off day, with what you could consider a massive accident very early on.

“But truthfully pre-season testing has been going really well, and I think he?s certainly going to be challenging for podium positions as well.

“Josh is obviously coming straight from karting. There?s a learning process to be had out of that, I?m sure it?s only a matter of time before it all starts to click, and I?m sure he?ll be on the pace as well.”