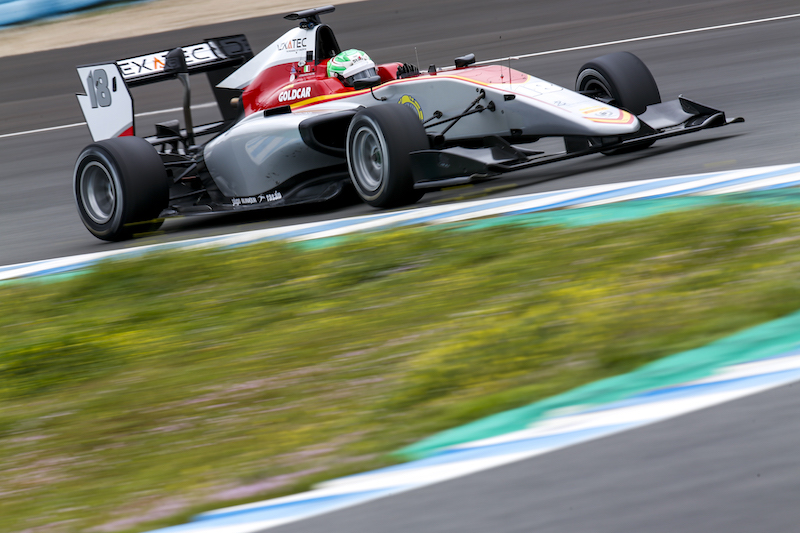 Pulcini had been fourth fastest in a damp morning session behind a trio of ART drivers, with Callum Ilott leading Anthoine Hubert and Nikita Mazepin.

In the afternoon, both Ilott and Jake Hughes would take turns on top – the latter recovering after his ART car stopped on track during the morning – but Pulcini ended up quickest with a time of 1m30.408s.

That was 41 thousandths of a second faster than the benchmark set by Hubert on Wednesday.

Pedro Piquet took second place late on for Trident, 0.208s down on Pulcini, with Hughes and Hubert rounding out the top four.