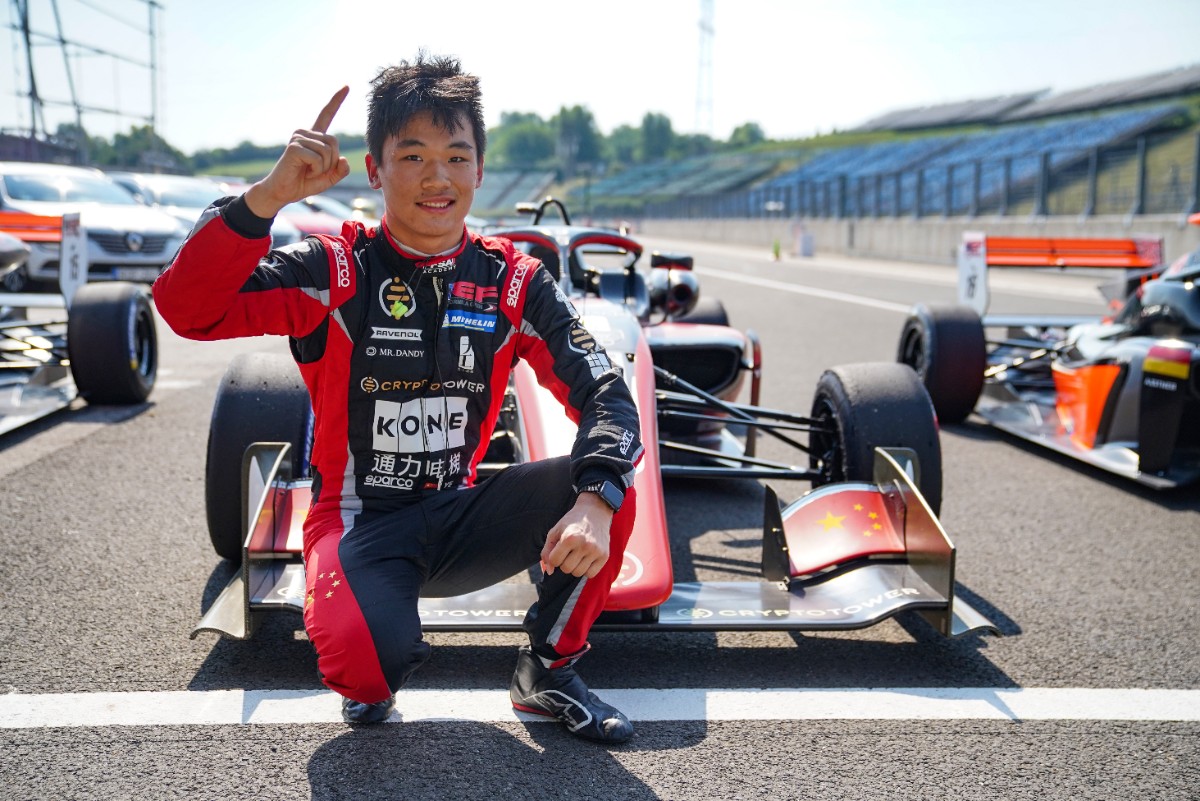 Yifei Ye continued his winning form as he dominated the second Euroformula race of the weekend at the Hungaroring.

CrytoTower Racing’s Ye got a fine start to lead from Van Amersfoort Racing’s Andreas Estner early on. From there, he only pulled away in the early stages to open up a reasonable gap to those behind.

From there, Ye was unrivalled in the 17-lap race as he starts an unbeaten run in the championship.

Estner opened up a gap of his own early on to Carlin’s Zane Maloney, who rounded out the podium positions.

Maloney’s Carlin team-mate Ido Cohen and Motopark’s Manuel Maldonado performed good starts to vault up to fourth and fifth early on, ahead of VAR’s Sebastian Estner.

Estner initially got a good start but was shuffled down the order by Cohen. An incident between them was investigated and it was deemed that no further action was required.

Estner and sole Double R Racing representative Ayrton Simmons were pressuring Maldonado over fifth and towards the end of the race started to make moves. Estner got past Maldonado through the opening corners, while Simmons pressured Maldonado but was unable to get past.

Krutten dropped back early on after a less-than-stellar start, while Andrade spun out early on in the race.