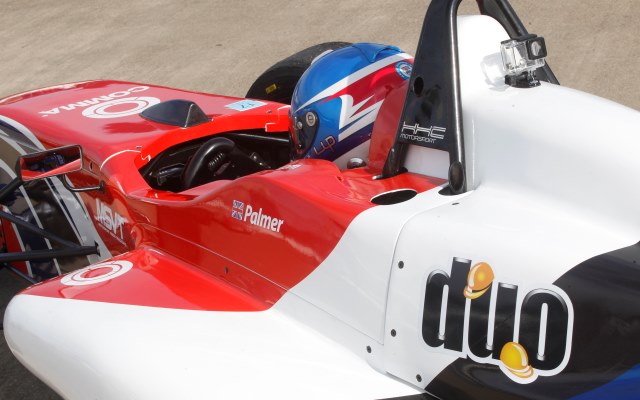 Will Palmer is poised to get his BRDC Formula 4 title challenge back on track after beating team-mate Harrison Newey to pole position at Silverstone by almost a second.

Palmer had been 37 points off the standings lead after a difficult second round at Rockingham, but is now well-placed to cut the gap to leader Chris Mealin, who qualified a lowly 15th.

HHC driver Palmer led the session from early on and finished up with a best time of 2m03.552s, leaving him 0.975s clear of Newey.

Rodrigo Fonseca was the best placed of the Lanan trio that occupy the first three places in the championship ahead of Palmer.

The Mexican was fifth ahead of Riki Christodoulou, the ex-Formula Renault 2.0 and Formula 3 driver making a guest appearance this weekend for Hillspeed in place of Faisal Al Zubair, who has a leg injury.