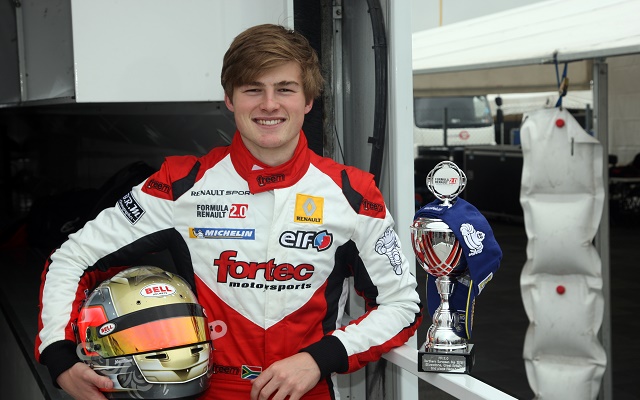 ?I think a few people in the NEC paddock are sort of accepting that Deletraz is miles in front,? Callan O’Keeffe said after the second round of the season at Silverstone. ?But we’re not. And I’m confident we can be beating him sooner rather than later.?

The South African was in a confident mood after claiming his first podium of the season at the British track, although he admitted not everything went to plan. Still, O’Keeffe accentuated the positives: ?We came into the weekend 12th in the championship and we’re leaving here fourth. We’re getting better and better every round.?

O’Keeffe did not deny that him and his Fortec team have a pace deficit to Deletraz ? as do all the other NEC contenders, the Swiss driver having started the season in great form. For himself, the South African puts it down to a short pre-season and the fact he’s still getting to know Fortec. But he’s got nothing but praise for his current team. ?The car is very quick, they’re a renowned squad in Formula Renault, they always do well,? he said. ?I’m confident we have the team to put it together quickly.?

?Louis is at the peak but there will be times when he comes down and when we go up. And hopefully, we’re going to cross paths.? 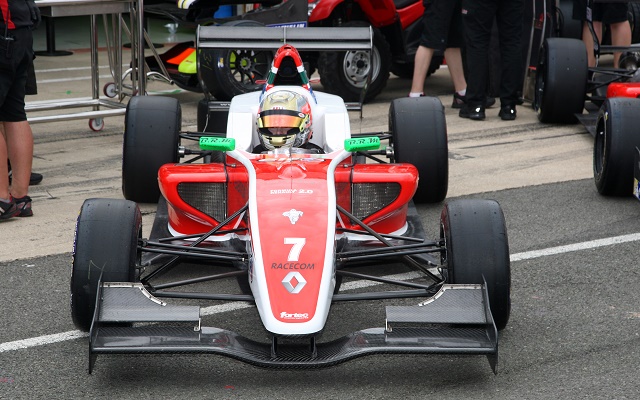 O’Keeffe is surely delighted to be in a position where he can realistically talk of fighting for the championship, given how tumultuous his single-seater career has been so far. Turning 19 next month, he’s already been affiliated with Red Bull and Lotus, raced in four championships full-time and with four different teams.

He exited karting a household name already, taking the honours in the KF3 class of the top British series Super 1 and finishing in the top-three in the KF3 World Cup twice. And four wins in the Formula BMW Talent Cup in his first year in cars bolstered his reputation further, even if he had a quiet outing in the series Grand Final.

It was all looking up ? he was a Red Bull junior driver, heading into the highly-rated entry-level series ADAC Formel Masters with the reigning champions Motopark. And yet he’d finish that year only 13th, a sixth place on his debut ending up his best result of the season.

?It was kinda like one of those years where everything that could go wrong did,? O’Keeffe remembered. ?There were a few things behind the scenes which didn’t allow the team to have maximum focus on our championship as they went into some bigger prospects. And, obviously, as a driver, looking back, you can always do things better – there were always a few situations I could’ve handled better, on and off track.?

Motopark did, indeed, struggle in ADAC Formel Masters, only finishing fourth in the teams’ standings while sensationally conquering GP2 in a simultaneous debut season under the Russian Time banner. ?If you ask my teammates Beitske [Visser] and Mikkel [Jensen], you’ll see that we didn’t get maximum attention. It’s unfortunate but it’s perfectly understandable.?

?We actually had a truck fire which burnt my car on the way to pre-season testing,? O’Keeffe added, smirking. ?We desperately needed that testing.?

And that was it for the Red Bull link. ?With them it’s very simple ? you either win or get kicked out. Regardless of what the situation is. Sometimes it works, sometimes it doesn’t work out and if you don’t win, they’re true to their word.?

?I think it taught me few lessons, which should help me when I have to track down Louis and the other guys in front of me. You just have to find a way to win ? it’s as simple as that.? 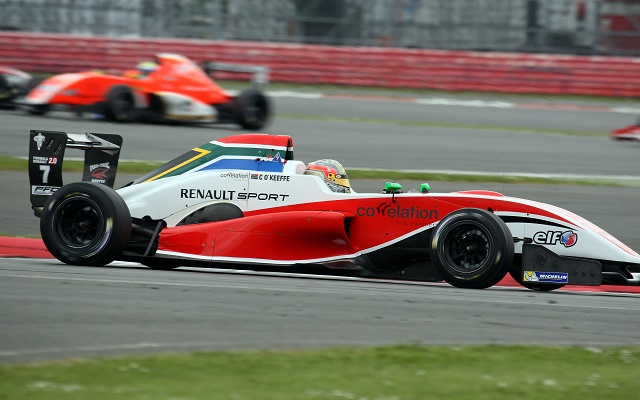 ?Gravity, who run the Lotus junior programme, did everything they could to pick me up after what happened in 2013,? O’Keeffe remembered. He was now a Lotus junior racing in Formula Renault 2.0 and, by most accounts, the switch turned out well.

The debut season in the infamously competitive Eurocup yielded a best finish of fourth, while in NEC he returned on the top spot of the podium.

But the association with Lotus only lasted a year. ?Some financial disputes and some unlucky situations with the F1 team meant that it was a better option for me to part ways and try to fund myself than to stay with Lotus,? he said.

?It is unfortunate, because I did enjoy working with them. But I think I’ve taken in enough experience to go and give it a shot by myself.?

O’Keeffe said that going solo was made easier by the support and backing from his native country. ?It’s brilliant to see that there are so many people in South Africa who are interested in motorsport and want to see a South African F1 driver.?

For now, though, the focus is on NEC ? and the Eurocup, where O’Keeffe is also tackling his second full-time season. Eighth in the points after the Motorland opener, he is optimistic about his chances for the rest of the season. ? I matched my best Eurocup result of last year at technically my worst track going in. It’s a very competitive championship, as is NEC, but the tracks coming up suit us more than Motorland, so I’m confident we can bag up a few points in the next few rounds.?

?It’s the second year, you have to go in with the goal to win – if you go in with anything else, then you’re not doing your job properly.? 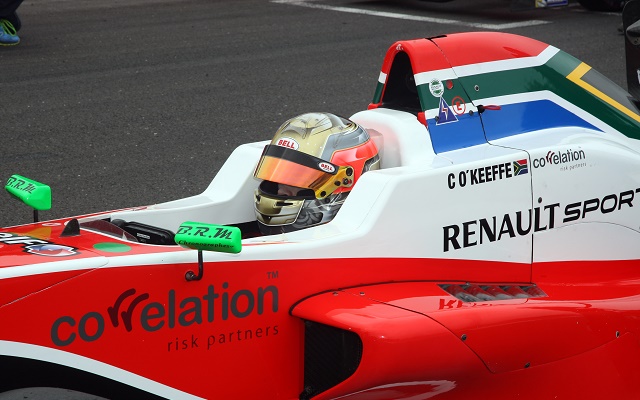