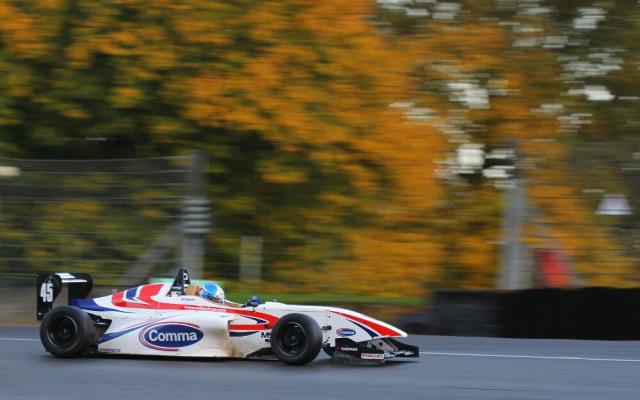 Will Palmer has claimed pole position in the BRDC F4 Winter Championship at Brands Hatch in just his second qualifying session in a single-seater.

The younger brother of GP2 race winner Jolyon came out on top of a frantic battle, where top spot changed hands between a number of drivers. Palmer finished 0.069 seconds ahead of series leader Matty Graham.

“At Snetterton we were really quick, more so in the races, but the results didn’t quite reflect the pace we had,” said Palmer, who finished his debut weekend with a podium. “We were really on it in testing yesterday and have converted that into qualifying today with pole position.

“It was quite tricky at the start with damp patches in some areas of the circuit but it got better and better as the session went on and my times were falling the whole way through. It was a case of keeping your head down and pushing each lap. A win is definitely the target now, and that would be pretty special.”