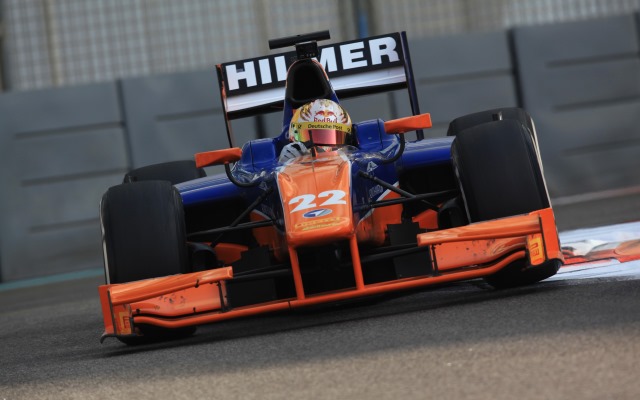 Daniel Abt has signed with Hilmer Motorsport for the 2014 GP2 Series season.

Abt joins his compatriots at the German outfit after a nightmare 2013 campaign with ART Grand Prix where he scored points on just four occasions and finished a lowly 22nd in the standings. He had narrowly missed out on winning the GP3 title with ART at the first attempt in 2012.

The 20-year-old spent all three days of the GP2 post-season test in Abu Dhabi with Hilmer and managed the fifth fastest time of the test on the final afternoon.

Owned by Franz Hilmer of engineering firm Formtech, Hilmer joined the GP2 grid in 2013 as a replacement for the Ocean team. They ran a number of drivers during the season but managed to claim four wins with Robin Frijns, Jon Lancaster and Adrian Quaife-Hobbs.

?First of all, I?d like to thank ART,” said Abt, son of DTM team owner Hans-Jurgen. “The team gave me the opportunity to gather a lot of important experience in the GP2 series.

“But now the time has come to take the next step and I?m very happy that the cooperation with Hilmer has worked out. The tests have shown what?s possible. With respect to the aims we?re speaking exactly the same language and are determined to attack right from the beginning. I?m looking forward to this new challenge and would like to thank my partners who have made this collaboration possible for me.”

Hilmer said: “In Daniel we?ve gained a driver who absolutely corresponds to our wishes. In the coming season we?re going to show how powerful this Bavarian-Bavarian combination is. In the tests he gave an indication of his true abilities in our car. That?s why, together, we aim to regularly finish on the podium and clinch as many victories as possible.?

Abt is the second driver to be confirmed for GP2 in 2014, after Simon Trummer re-signed with Rapax.