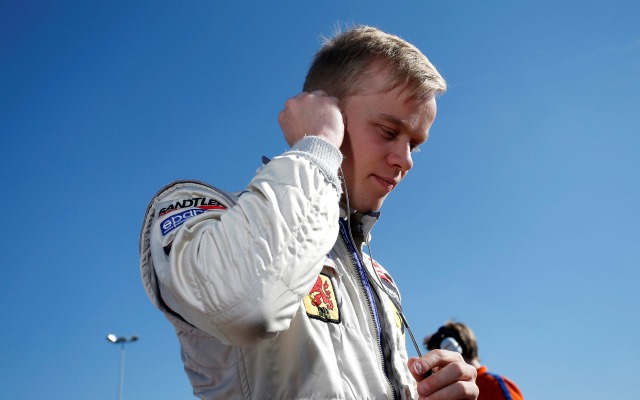 Swedish Formula 3 racers Felix Rosenqvist and John Bryant-Meisner will sample the new FA1 single-seater series with the Performance Racing squad in a test at the Navarra circuit next week.

The category has been created for a modified version of the first generation A1 Grand Prix car, and will be part of a package named Acceleration also featuring legend cars, pick-ups and two motorbike classes. The Spanish Navarra venue hosts the first test on 29-30 November.

Bobby Issazadhe, team principal of the Performance Racing squad that has previously run both Rosenqvist and Bryant-Meisner in German F3, explained his interest in the series.

“At Performance Racing, we have always embraced new ideas and concepts, dating back to our days in A1GP and encompassing everything we?ve done since,” he said.

“The Acceleration platform ? although still in its early stages ? is exciting, and therefore something we want to evaluate for the future. We will not just assess the cars and infrastructure, but also the possibility of launching a project which allows us to showcase the true talent of Swedish motorsport.

“To that cause, I?m glad that the first two to take care of driving duties as we dip our toes into the water will be Felix and John ? two great kids, and two very gifted drivers.”

Rosenqvist, runner-up in the FIA F3 European Championship this year and fifth with Performance in German F3 in 2010, said: “I?m looking forward to trying out the new FA1 car; it certainly seems to be a bit of a beast, with wide tyres and a 550-bhp engine.

“It can only add to my experience, and it?ll be good to work with Bobby and the rest of Performance Racing again following our successful season together in 2010. I?ll obviously do my best to help the team out with the evaluation of the car at Navarra ? and I?m sure I will enjoy it a lot.”

Bryant-Meisner, also fifth in German F3 for Performance this season, added: “The FA1 will be the most powerful car I?ve ever driven, and it goes without saying that it will be a great experience ? particularly as I?ll become one of the first drivers to lay hands on it.

“I?ve had a fantastic season with Performance Racing in the ATS Formula 3 Cup this year, and I?m obviously happy to offer some feedback ahead of what could be an exciting new challenge for them. If it does end up giving Swedish motorsport a place in the spotlight for next year, then all the better. I?m looking forward to the test and I?m sure it will prove valuable for the future.”