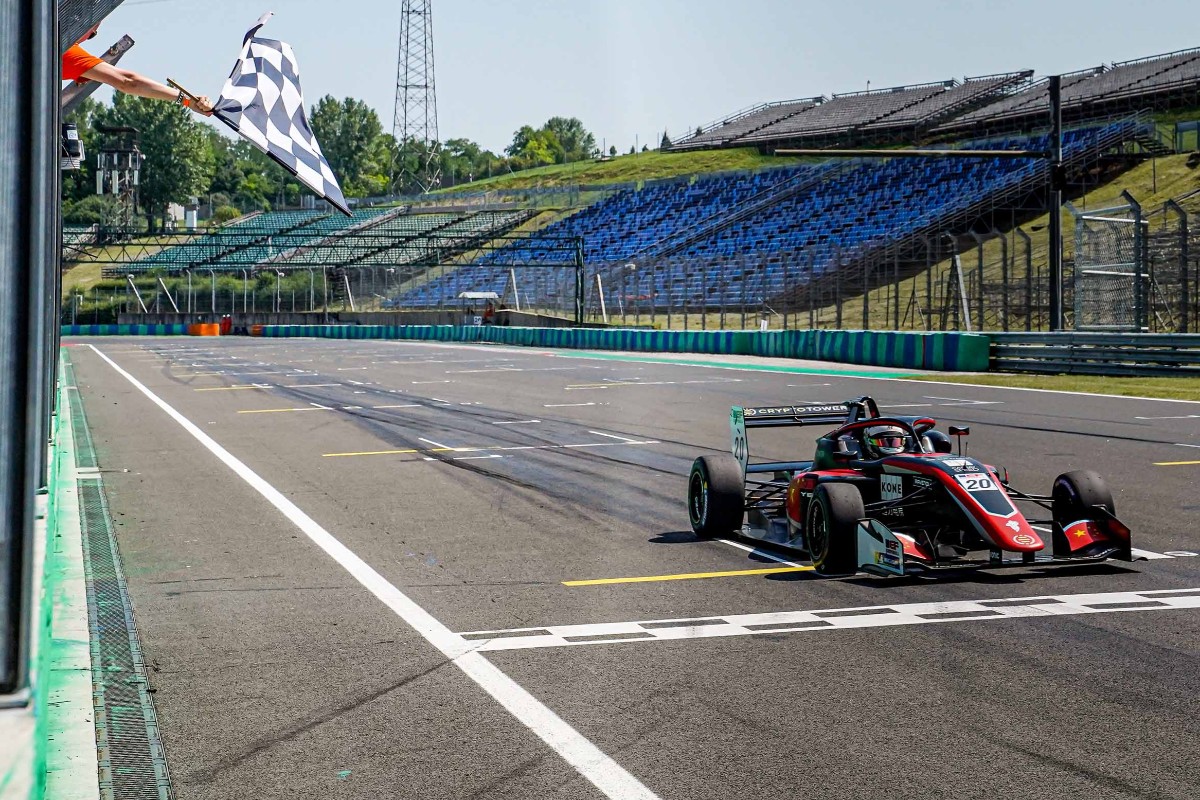 A compromised calendar and grid due to the coronavirus pandemic decreased expectations for the start of the Euroformula season, but the Dallara 320’s debut still proved to be a success once on-track action began

Even days before the Euroformula season opener at the Hungaroring, there were questions over how much smaller the grid would get due to travel and budget restrictions. Entrants arriving from several foreign countries, including Britain, had to provide two negative COVID-19 tests taken in the five days before travel and at least 48 hours apart.

Two drivers decided to avoid that difficulty and race at Silverstone in the FIA Formula 3 Championship instead, and dented their own Eurformula title ambitions in the process. This also left CryptoTower Racing Team, a Japanese offshoot of reigning champion team Motopark, in a last-minute driver search. One-time Formula Renault Eurocup racer Matthias Luethen filled a seat for Thursday’s pre-event test, but decided against staying in the car for the rest of the weekend.

This left a grid of 12 cars, with the five-strong rookie class being decided on the night before racing began after a debate on whether the BRDC British F3 graduates could claim not to have relevant F3 experience.

Euroformula’s selling point this year is the new Dallara 320 car, which is a halo-shod successor to the uber-popular F317. It’s faster and more efficient than its long-serving predecessor, and retains the aesthetics of a traditional F3 car. Except as of this weekend, Euroformula was no longer an F3 series. By continuing a design philosophy that has been at the centre of junior single-seater racing for nearly 30 years, it’s actually isolated itself from what the market  now looks like.

When the Dallara 320 was launched last year, Formula Scout used British playwright William Shakespeare’s words to pitch the question of what the new car would mean. Now it’s been seen in action, the writing of pioneering Spanish author Miguel de Cervantes Saavedra seems more appropriate for the Madrid-organised series. 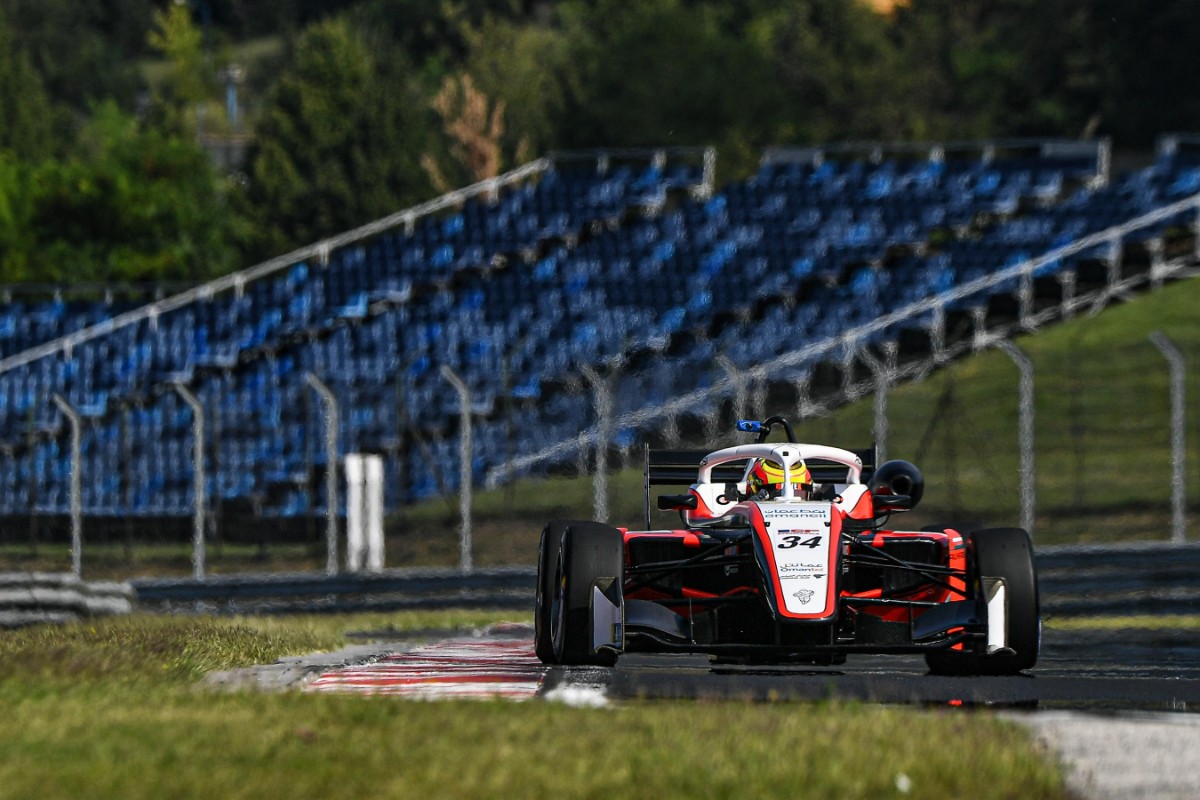 Cervantes’ novel ‘Don Quixote’ tells the story of 16th century Spanish nobel Alonso Quixano, who seeks to revive chivalry in a world moving on from such idealism after he becomes immersed with the romantic tales of the past. Eventually he is seen as insane in his pursuit of old-fashioned nobility, but the story has lived through the ages due to its popular main principle that a free individual can be right when moving away from a society’s controlling status quo.

This roughly translates as “you are sitting in your own home, where you are the lord and master just as much as the king of his taxes”.

Euroformula is organised by GT Sport on a bill of its own, and is promoted primarily as the single-seater component in that paddock – where many manufacturers are present due to the International GT Open sportscar series – rather than as competition to the likes of FIA F3 and Formula Renault Eurocup and as a home to future Formula 1 stars.

The first two races of 2020 were won by CryptoTower’s Yifei Ye, a Chinese driver in a Japanese-owned team, and it is this international appeal that matters more to the promoter than how many of its graduates reach the pinnacle of single-seaters.

When you consider the motivations behind the Dallara 320’s introduction, it can be said that Euroformula is starting to own a niche in single-seater racing with a popular design on classic tracks (Pau and Enna-Pergusa were due to appear on this year’s calendar as grands prix) rather than playing to the more F1-centric demands of its rivals. Or in other words, it felt like watching old F3 last weekend. 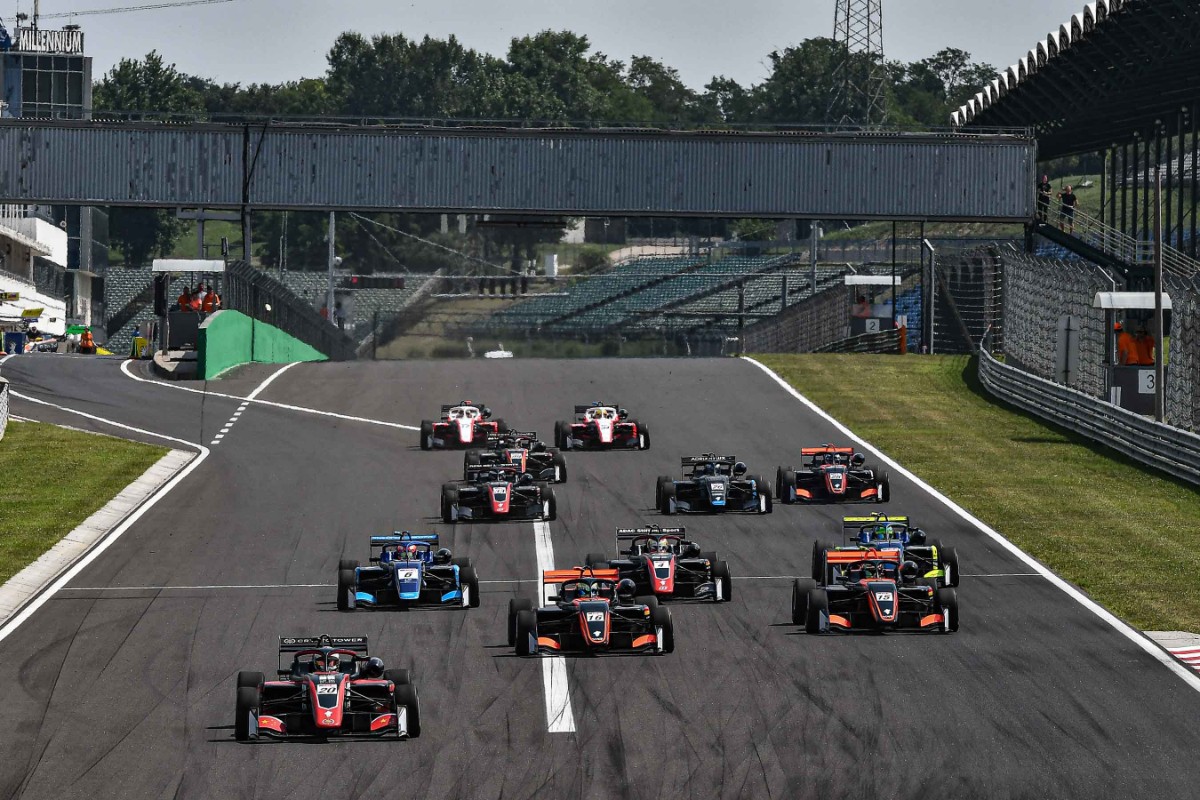 There are no overtaking aids, no trick tyres, and a very open paddock where money isn’t splashed around. The car is a challenge but one that’s enjoyed because it allows drivers and engineers to demonstrate their ability – and in a timetable that supplies enough practice time for both to learn what’s needed to be competitive. That’s why the Eurocup is also competitive, and why drivers have joined from FIA F3 where a disadvantageous position is difficult to overturn outside of a top team.

But the reality is that results in FIA F3 matter more than Euroformula. Doing a good job of keeping old F3 alive may follow Quixote in challenging the status quo aesthetically, and its planned addition of the Mediterranean GP was experimentation out of self-awareness of the niche it now chooses to carry on its shoulders – as Quixano did as he sought to revive chivalry. But as the Quixote prologue read, Euroformula is just the master of its own home when the rest of the motorsport world doesn’t share those motivations, or is looking elsewhere in a year when F1 really is racing nearly every week.

A few chapters into Quixote comes another famous quote (in one English language translation of the novels): “By a small sample we may judge of the whole piece”.

Journalists love to bring news from the paddock on the day it happens, but in reality most stories play out over a far longer period and making assessments of the success of Euroformula’s 2020 evolution ideally needs to be made after a longer period than just two races as changes are usually judged on what further modifications are needed to ensure survival.

By focusing on the Hungaroring weekend alone, the picture is that the Dallara 320 has brought increased pace at the expense of overtaking, and that laptime boost is not as big as expected. But the Hungaroring is historically a circuit that is very difficult to overtake on, and its configuration also doesn’t play to the improvements in Dallara’s latest design. It’s circuits like Spa-Francorchamps and Monza where the crazy side-by-side action is expected to be played out at record speeds. 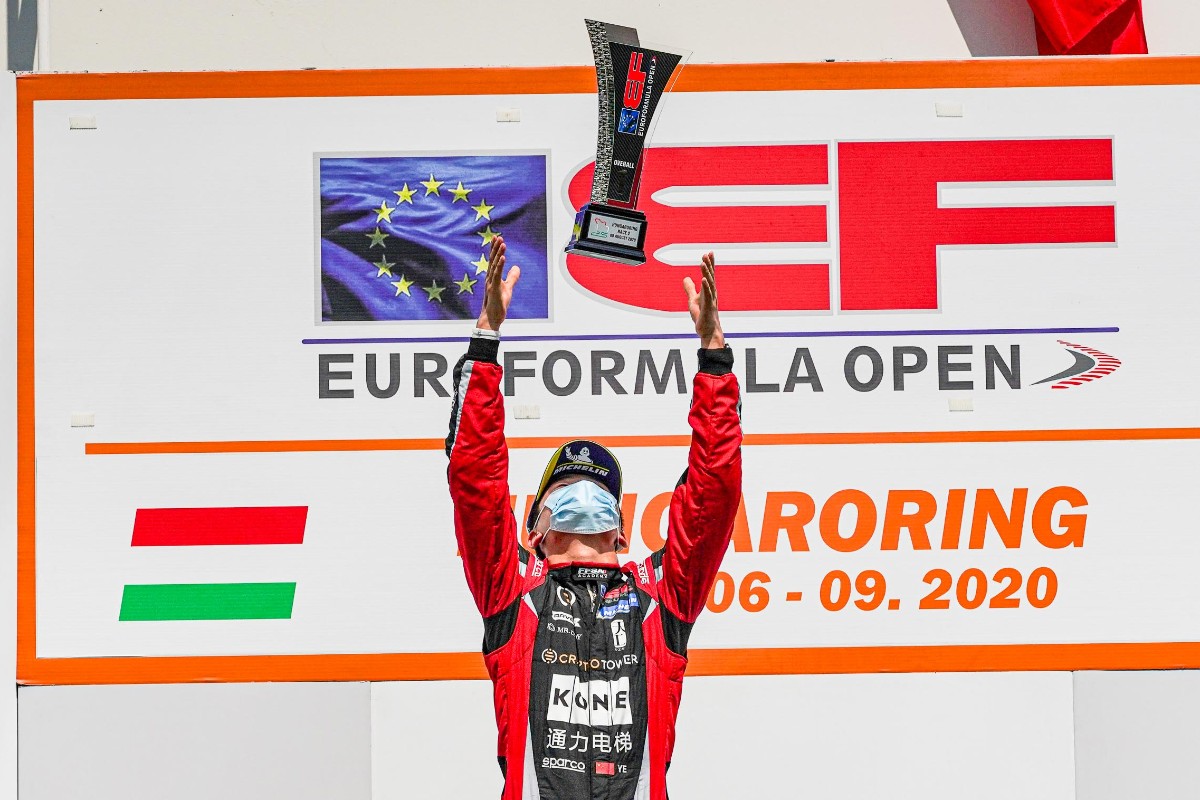 It’s also very tempting to say Ye will follow Harrison Scott, Felipe Drugovich and Marino Sato in going mostly unbeaten for the rest of the season after his dominant race performances in Hungary. But with it being a new car, there’s bound to be surprises, even after a debut that was devoid of the reliability issues that would be expected with a debuting machine.

Van Amersfoort Racing’s Sebastian Estner, who’s had little in results so far in his career, was quickest to adapt to the hot conditions of free practice and was bettered only by Ye and his own brother Andreas in qualifying.

Andreas Estner looked like he too could be a match to Ye in qualifying for VAR, but Ye’s end-of-weekend assessment was that he had significant room for improvement in qualifying himself and that once he’d mastered tyre turn-on he would be able to replicate the season-long domination of the last three champions. Ominous, not unrealistic, but not yet predictable.

For both Ye’s opposition and the series itself – after the ongoing pandemic tore through its originally more exciting calendar and entry list – another Quixote quote comes to mind.

Its English interpretation: “Diligence is the mother of good fortune, and idleness — its opposite — never brought a man to the goal of any of his best wishes.”

The fact that Formula 2, FIA F3, Euroformula and the Eurocup have been able to stay in business, organise new calendars (Hockenheim was another loss for Euroformula due to the track’s unsuccessful F1 negotiations) and bring back international junior single-seater racing during lockdown is commendable, and has depended on the teams also surviving without income. 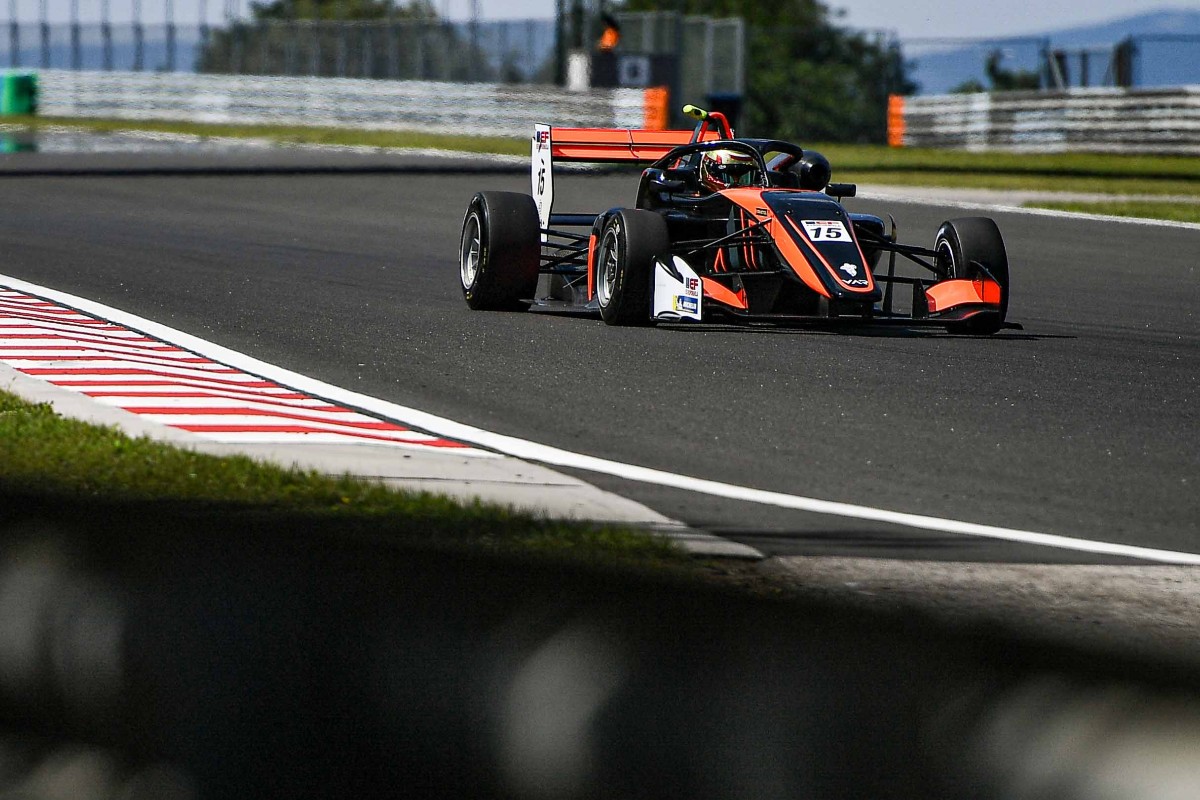 The latter two series were notably quick to open talks with circuits once it became clear their planned schedules would be affected, while it’s evident which series were not as reactive as their reduced or non-existent 2020 seasons demonstrate.

Those efforts have to be kept up as lockdown and travel restrictions still change, and while it doesn’t have the negotiating power that F1 and its supports has, nor a spot on British television this year, Euroformula does have a degree of freedom with its new car due its ‘non-F3’ status and has already revived a classic team rivalry.

Both of these were staples of European F3 in its most-recent heyday, and will set it up for an even stronger 2021 – unless the FIA were to decrease its superlicence points allocations next year on the basis of its depleted grid so far. But as Quixote‘s Quixano found, his endeavours to keep the romanticised version of the past alive actually went noticed by far more people and in many more countries than expected.

Further reading
Why Euroformula has to make the most of its 2020 ‘what if’
Podcast: Trevor Carlin, F2 and IndyCar team boss
Classic junior single-seater races to watch in lockdown

Stories from the Euroformula paddock and the action from Silverstone is discussed in the latest Formula Scout podcast. Click below to listen, or head to Breaker, Google Podcasts, Overcast, RadioPublic, Pocket Casts, Castbox, Apple Podcasts and Spotify.