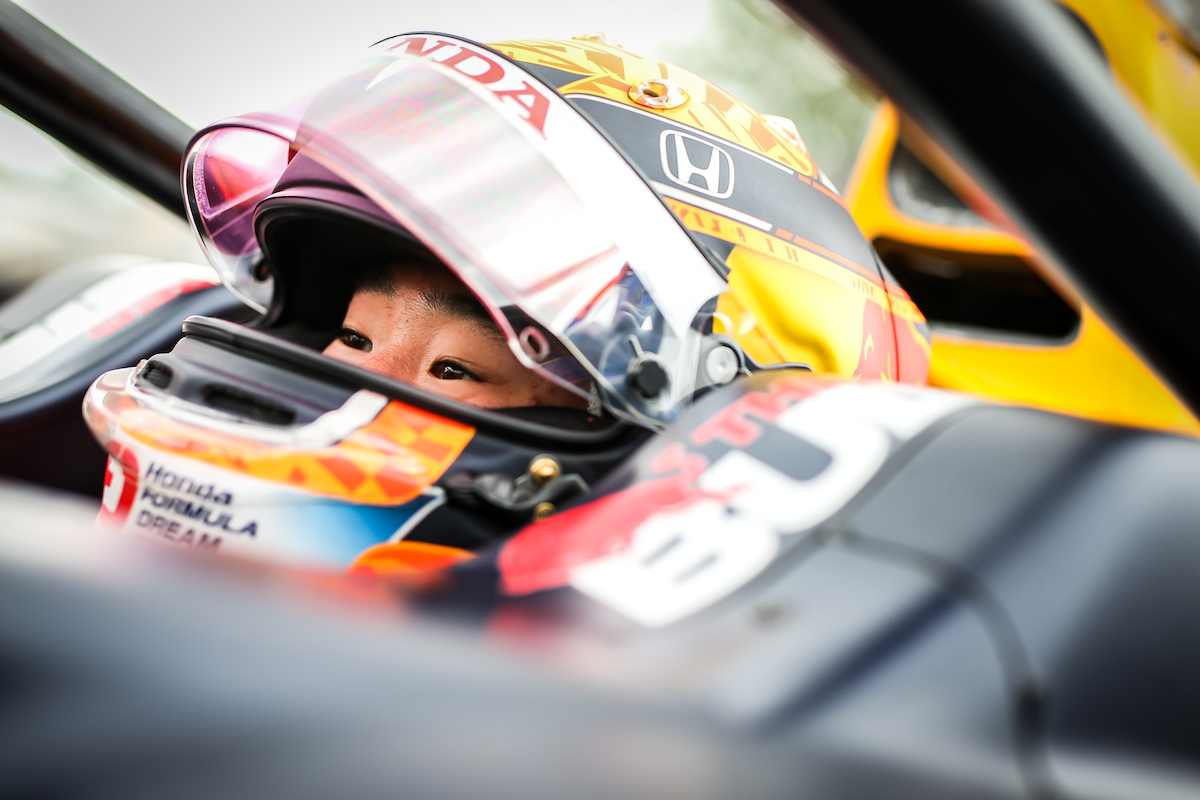 Red Bull-Honda protege Yuki Tsunoda is aiming for further Formula 2 wins this season in the hope of landing a Formula 1 seat with AlphaTauri.

Tsunoda took his maiden win in the sprint race at Silverstone on Sunday after Prema pair Mick Schumacher and Robert Shwartzman collided in front of him.

The F2 rookie was previously denied a shot of victory at the Red Bull Ring, where he claimed pole position for the feature race but lost out to Shwartzman after his radio failed and lost time on old tyres.

Honda is known to be keen to have a Japanese driver occupying one of the F1 cars it powers in the near future. A top-four finish in the F2 standings would mean Tsunoda qualifies for a superlicence.

Tsunoda, who currently sits sixth in the standings, outlined that he has his eyes on further wins that may lead to an AlphaTauri call-up.

“For sure I need lots of wins,” he said in the press conference after his win when asked by Formula Scout about his targets for the rest of the season.

“We already lost quite a lot of points at the beginning of the season, so for sure I need a lot of wins and I think the biggest thing is I need is consistency.

“Especially at the beginning of the races, [I’ve had] lots of zero points [finishes] and also our second podium [last weekend at Silverstone] and zero points and now we got our first [win]. Still not consistent, but first of all we needed good confidence to help manage the race to the end.

“I think this race was a really good race for me. Good learning and a good step for Carlin. So, I expect lots of wins in the future and good points in the drivers’ standings, and hopefully I can get a seat in 2021 with AlphaTauri.”

Tsunoda said that this win is also ‘revenge’ for what happened in Austria, but would like a feature race win.

“I think in the beginning of the season I struggled to keep my front wing until the end of the race. For that one, [I made] a big step from last week as I didn’t lose any front wings!

“So for the future it’s good confidence for the race, but we need to improve qualifying pace to make the races easier and take podiums. So we have lots of things to improve but a good step for the Carlin team and me.”