Home Featured Who was really the fastest driver in Formula 2?
FeaturesFormula 2Reviews 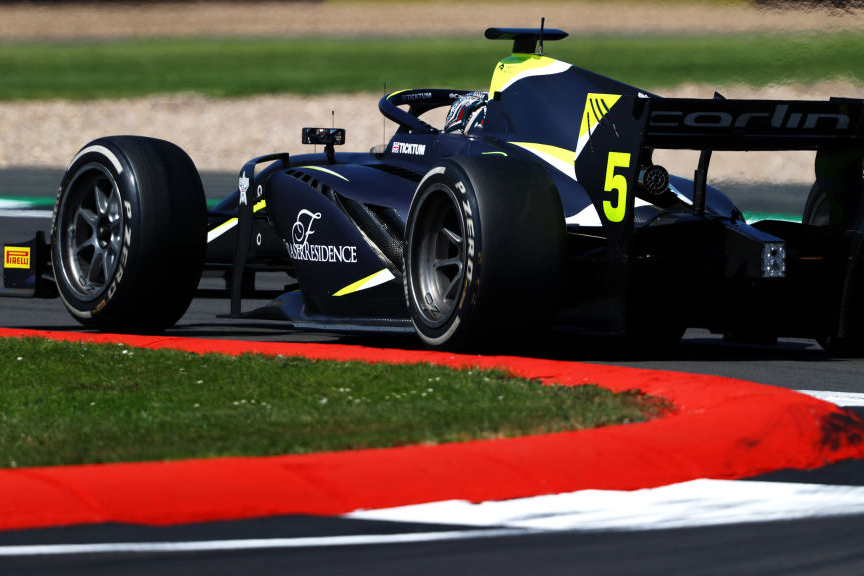 The short-lived three-race format put more emphasis on scoring points in sprint races, but then improved qualifying form from the champion meant feature race form won him the title

With an unprecedented five poles in a row and four feature race wins, Oscar Piastri’s scale of improvement from his 2020 FIA Formula 3 title to take the F2 crown as a rookie in 2021 was simply monumental.

His upturn in qualifying form, after not making the front row once in F3, made him the driver to beat on one-lap pace in F2 this year and that’s no easy feat given how difficult the Friday sessions are.

The single free practice session takes place in wildly different track conditions to qualifying, provides only one or two laps of truly representative running if the softest tyre compound is used (which is not usually the case), and both sessions are often interrupted by yellow and red flags.

The poles themselves are impressive, and Piastri began his season with a seventh place in Bahrain qualifying. That made him the second highest placed rookie behind MP Motorsport’s Richard Verschoor in fifth, while in Monaco it was another rookie in Theo Pourchaire (who did contest the final two rounds of 2020 in Bahrain) who outpaced Piastri by 0.458 seconds to take pole. Baku also went a rookie’s way, in this case Liam Lawson who led a Hitech GP one-two while Piastri was in third.

That meant his average grid position over the season was 2.3, significantly higher than next-best Guanyu Zhou who averaged 4.6. Compared to 2020 it’s a big leap too, as last year’s champion Mick Schumacher had an average starting spot of 7.9 and his closest rival Callum Ilott topped the table with 3.4. Christian Lundgaard was the top rookie with 6.8.

Grid positions don’t factor in dominant performances like Pourchaire’s in Monaco, nor the split group qualifying format used there, so using absolute pace is a better way of seeing who was fastest on average over the 2021 season. And this only makes Piastri’s performances look all the more impressive.

He was on average 0.179% off the absolute pace on any given weekend, while the next best, ART Grand Prix’s Pourchaire and Virtuosi Racing’s Zhou, were in the 0.4% bracket. To put those numbers into a practical context: around a hypothetical 1m40s lap, Piastri was on average 0.179s away from pole while Pourchaire was 0.407s back and Zhou was 0.432s.

That two rookies stood out the most this year shows just how exceptional those two talents are, and also the strength of Prema’s package. Piastri’s team-mate Robert Shwartzman struggled with qualifying through most of the year, only really getting on top of it in the final two rounds but making an error in Jeddah that cost him pole there. Despite this, and an average starting spot of 6.9 (with just two front row starts), he was fourth on average when it came to single-lap pace.

Shwartzman did actually top his qualifying group, and treating the two groups separately (therefore handing the Russian a 100% value as he set the pace) his average would move closer to the top three on 100.474%.

Behind him was Lawson, and then Carlin’s Dan Ticktum. He came second to Shwartzman in their Monaco qualifying group, but never started a feature race from higher than fourth on the grid. Consistency did mean however his average starting position was seventh, which put him in a position to benefit from the reversed grids while also being in a position where he could get plenty of clean air while fighting for feature race points as pit strategies split in the top 10.

And when it did come to the races, that was where Ticktum and Carlin were at their best. In 2020 he had dragged a DAMS car that was slow to warm up its tyres into race-winning positions after not being able to get the car turned on for the all-important lap in qualifying, and moving to Carlin he knew that problem would now be out of the way.

The team perhaps wasn’t the clear fastest at any point, but its baseline set-ups for each circuit were strong and there was actually a decent amount of variability with those. Other teams stayed in a narrower window of where they were comfortably to set up the car in, and it led to some sublime weekends on some circuits but truly anonymous form at others.

The only track Carlin really struggled at in qualifying was Jeddah, a new addition to the calendar which only got its FIA homologation on the eve of the event. There was therefore no data to go off when teams first went out in practice, and both Carlin cars qualified outside of the top 10.

The strength of its race package was shown there though, with Ticktum rising to seventh in race one, finishing fourth in race two and then coming 10th in the feature race. He had been the bravest when finding new lines to overtake on, with many starting the weekend as cautiously as possible, and while he rarely could actually make a move in the narrow confines of the ‘street’ circuit he did make it clear how quick his car was between safety car periods.

On rolling pace averages, which uses the best 10-lap race stint of each driver every race, converted into a percentage before being presented as an average of the outright pace, those Jeddah performances helped make Ticktum the fastest driver of the year in races.

He and Charouz Racing System’s three-round stand-in Enzo Fittipaldi were the only two drivers across 2021 to always be within one percent of the fastest driver over a race stint, and Ticktum was fastest in the Silverstone feature race in which he duelled with Zhou for the victory. In the second Monaco sprint race he also came second, but was promoted to victory after on-the-road winner Lawson was disqualified due to a technical irregularity, and later in the year charged to victory in the first Sochi race to add to his street circuit win count.

In Baku he was also rapid, finishing second, sixth and eighth, but his wheel-to-wheel work wasn’t up to its usual standard and it was a weekend of ‘what if’ given the pace on show.

Race pace can tell more about teams than drivers though, and the season averages really showed up two squads in particular. ART GP looked like it had the fifth best package, with race pace on the soft tyre patchy at times, and that certainly contributed to the respective fortunes of Pourchaire and team-mate Christian Lundgaard.

On tracks where driver bravery and skill contributed more to performance than baseline set-up, such as Monaco and Jeddah, ART GP was near the top. Pourchaire’s pole and win showcased that in the former, while in the latter the two cars qualified third and fourth and then Lundgaard finished third on the road before a penalty.

The positioning of MP was also confusing, as it looked like the bolstering of its technical staff over the past two-and-a-half years had paid off and particularly so early on in the season. Richard Verschoor was fast, and so was Jack Doohan when he stepped into his car for the final two rounds. At the same time, Clement Novalak took over from the consistent Lirim Zendeli.

Over a season though, it was either underperforming drivers or an underperforming team come the races as MP scored in less than half of them and there was only one podium, less than every other team bar HWA Racelab.

Verschoor did lead 32 laps though, only 10 less than Shwartzman. Zhou topped the board for laps led across the season with 87, and unsurprisingly with so much time spent up front he was the closest to Ticktum’s race pace average.

Prema duo Shwartzman and Piastri were third and fourth on the rolling race pace, with Shwartzman’s average boosted by a pitstop in the Bahrain feature race. Piastri, despite winning the last four feature races, was risk-averse rather than spectacular in sprint races as he concentrated on maximising his title chances and equally once he was ahead he could also manage his pace rather than push ahead.

With rules stability for 2022, it looks like whoever lands the Prema seats are going to be in for a good time, and that the team’s French rivals may need to do some adapting to become the title-challenging forces they once were.