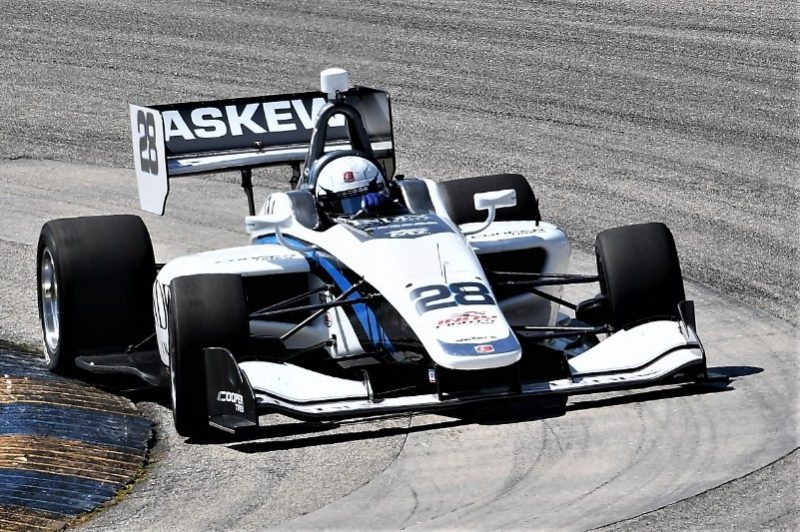 The end of the Mazda partnership that has taken the Road to Indy ladder to huge heights over the last decade may be a painful blow, but with the names lined up to drive and run cars in Andersen Promotions’ trio of championships this year, it will probably be the on-track action doing the talking again.

Grid sizes haven’t grown as expected in some areas, and the debacle surrounding 2018 Indy Lights champion Patricio O’Ward’s shortlived IndyCar seat with Harding Racing have certainly played themselves to negative headlines, but what drivers on the RTI ladder have to play for this year is arguably better than ever.

A return to the iconic Laguna Seca track, another that previously ran with Mazda before its name, and a first visit to Formula 1 venue Circuit of the Americas for Indy Lights should be huge ticket sellers even if the number of cars on track isn’t huge. But don’t forget, Indy Lights put on some of the best racing in junior single-seaters last year with just a handful of cars.

As hinted at above, Indy Lights goes into 2019 with the same malady as it did last year; a grid unlikely to go beyond 10 cars after the season opener. There are, however, reasons to look at this weekend’s St. Petersburg double-header with optimism.

First of all, the racing season has officially begun, and with it is an expected fight between two of the hottest talents in junior single-seaters. The calendar tweaks means their battle will cover an increased 18 rounds, and the prize money for the champion (which goes towards a minimum of three IndyCar appearances, including the Indy 500) has risen to $1.1 million.

Rinus VeeKay and Oliver Askew, both stepping up from Indy Pro 2000, are set to form the title narrative and continue a rivalry that started back in USF2000 in 2017. But the pair will have to be wary of series veterans Ryan Norman and Zachary Claman DeMelo, both with a point to prove.

Asian F3 Winter Series and IP2000 champion VeeKay has stuck with Juncos Racing, which ran him to his IP2000 title, and has spent the winter learning how to drive turbocharged vehicles in Asia to prepare himself for the Dallara IL-15 car. 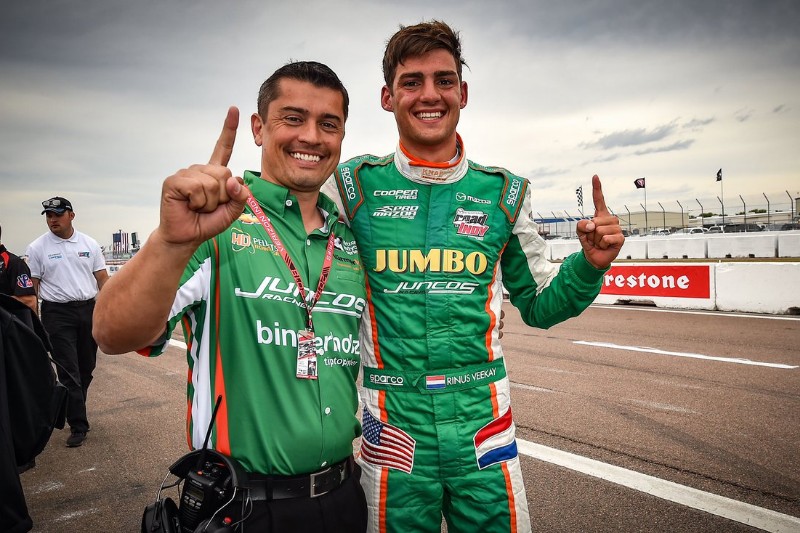 Inaugural Road to Indy Shootout winner and 2017 USF2000 champion Askew has enjoyed a successful two-year stint with Cape Motorsport, and has moved to reigning champion Andretti Autosport for 2019. ?It’s an extremely huge opportunity for me,? he admitted.

Lights veterans Zachary Claman DeMelo and Ryan Norman both need a good season. Both have two seasons under their belt, and DeMelo already has 10 IndyCar starts to his name. Staying with Andretti should serve Norman well, he was fourth last year with one win, while DeMelo has taken a risk in leading Belardi Auto Racing’s line-up.

DeMelo in particular is highly rated by VeeKay. ?I think DeMelo will be a good driver. He must have a lot of experience and knowledge about tyres and long races which is different for us of course,? he said.

Pre-season testing has comprised of two two-day sessions. The first one gave drivers a chance to experience COTA, while the second one was held at the Homestead-Miami roval.

Askew set the fastest time at COTA, ahead of of Julien Falchero (then in an Andretti car and now at Belardi), VeeKay and Norman, with the top four being covered by less than 0.14 seconds. The smooth track surface is unlike anything else on the calendar, and the track configuration is also an anomaly in the RTI’s admittedly varied calendar.

Andretti remained fastest at Homestead-Miami with Norman, suggesting that even if there isn’t an immediately obvious team leader, the American racing behemoth is likely the team to beat once more.

Falchero’s GP3 career hasn’t reflect the talent he has, and the late deal he’s signed, and like BN Racing/Team Pelfrey’s Toby Sowery, he’s signed up to race just a week before the season begins. 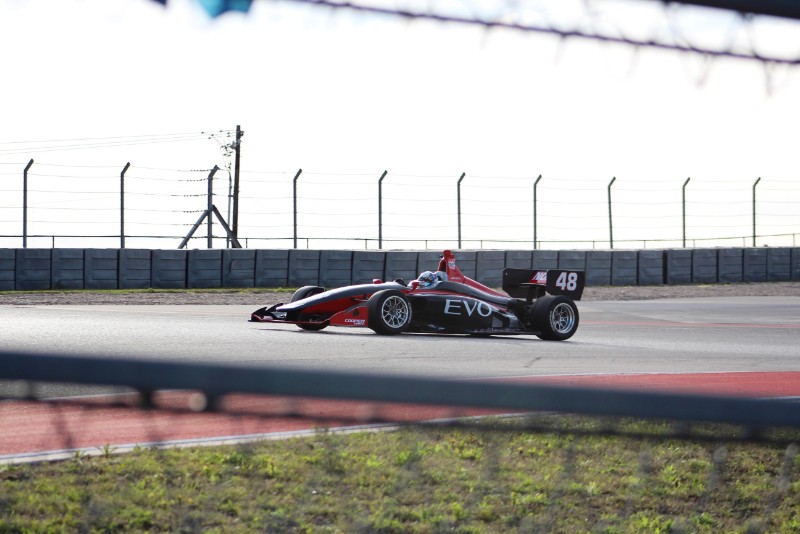 Some of the leading names have left the series formerly known as Pro Mazda, but there are a few names that stick out for championship contention this year. Numbers are down a little bit on last year, but it should at least still be a fascinating championship.

More of the notable changes are in the teams ? some familiar names such as Team Pelfrey and Cape Motorsports are gone. In their place are a few newcomers.

Kyle Kirkwood will step up to IP2000 after dominating USF2000, and has picked RP Motorsport for his graduation, possibly opening the door for a few European appearances later in the season. The 20-year-old will be one of the title favourites, but a late deal for 2018 IP2000 runner-up?Parker Thompson?with the debuting Abel Motorsports team means the odds on being champion are probably in the latter’s favour. 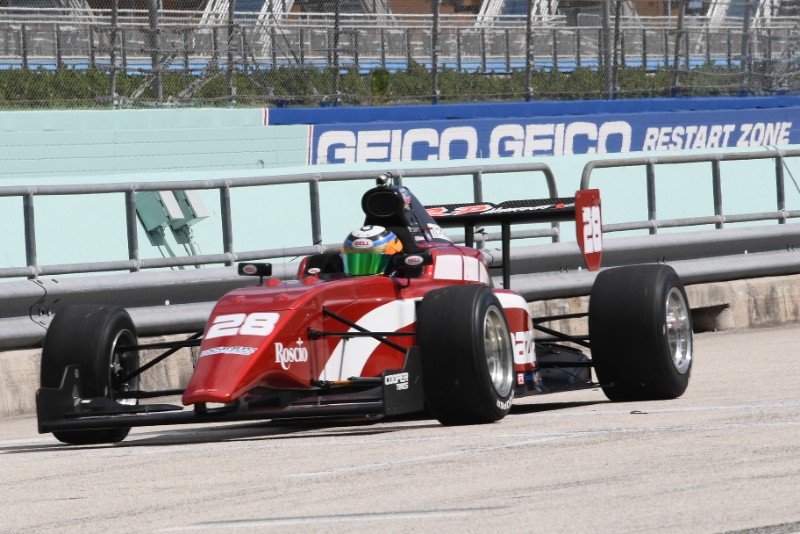 The Canadian led the standings on occasion last year, has been rapid in testing and won’t be hurt by Abel’s inexperience; it’s taken over Cape’s old entry.? There’s one big ‘but’ though: he’s only confirmed to the first round.

Sting Ray Robb is another driver looking to fend off the rookies, as he moves to Juncos after finishing seventh last season. He was only on the podium once, and expectations will be amplified at the reigning champion team. He’s joined by USF2000 runner-up?Rasmus Lindh, a resident of Sweden.

NACAM Formula 4 stars Moises de la Vara and Kory Enders?made sporadic starts last year, but will have full-time campaigns with DEForce Racing this time around and will be rekindling a proven partnership.

Exclusive Autosport will run Russian?Nikita Lastochkin for his third season, while Singaporean Danial Frost and Parker Locke also?move up the ladder with the team.

Pserra Racing and FatBoy Racing have both moved into IP2000 for this year, but are running inexperienced line-ups.

The testing times at Homestead-Miami Speedway were tight for USF2000, but there are a few names that stand out as serious championship contenders for the crown this year. After Kirkwood?s decimation of the field last year, the returnees have a point to prove, as do several rapid rookies.

NACAM F4 leader Manuel Sulaiman (DEForce Racing) is one such rookie. The Mexican has been very strong in testing, and he seems to learn new circuits quickly. With experience of British and Mexico tracks, his varied racing career so far should help him. 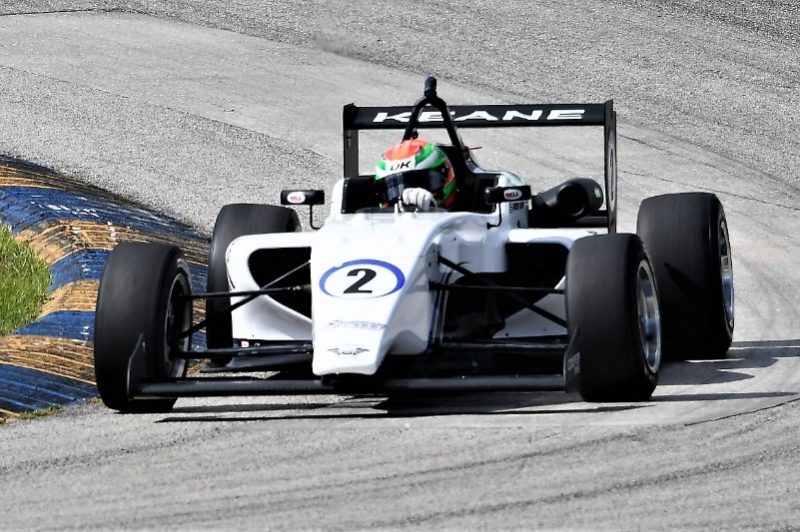 Leading the returnees is Darren Keane, who moves to Kirkwood’s old team Cape. In his third season in this level, and with a very strong team, Keane will go in as a title favourite despite his lack of previous success. Of all the drivers in testing, Keane was narrowly the fastest. His team-mate Brandan Eves?will undoubtedly also be one to watch, returning to racing after spending parts of 2018 on the sidelines due to surgery.

Christian Rasmussen makes the jump up to the Road to Indy following a solid US F4 campaign in 2018. He will be under the watchful eye of former Indy Lights champion Jay Howard, as will Northern Irish Formula Ford 1600 champion Matt Round-Garrido. He missed out on the RTI scholarship last year, but has seriously impressed Howard.

One driver with a familiar name is Brazilian Eduardo Barrichello,?son of the 11-time grand prix winner and former IndyCar driver Rubens. The teenager was among the top five in testing ahead of his second season of car racing. He is not the only son of an IndyCar driver to look out for ? as Jack William Miller?partners Barrichello at a team formed by the former’s father ? Dr. Jack Miller, and NFL star Adam Vinatieri.

Entries for many championships are far and few, but there’s already a line of candidates for entry to this year’s RTI Shootout.

After winning the Scottish FF1600 title two years in a row,?Ross Martin?will be favourite to win the National FF1600 title this year at Team Dolan. In 2016 and ’18 it dominated FF1600 in Britain, and its signing of Martin is an indication that it will do so again.

Aiming to emulate Martin in Scotland, at his old team Graham Brunton Racing too, are rookies?Cameron Thomson?and?Logan Hannah. Thomson flew in karting last year, while Young Racing Driver Academy member Hannah made her car racing debut in Scotland then starred in the end-of-year Walter Hayes Trophy. 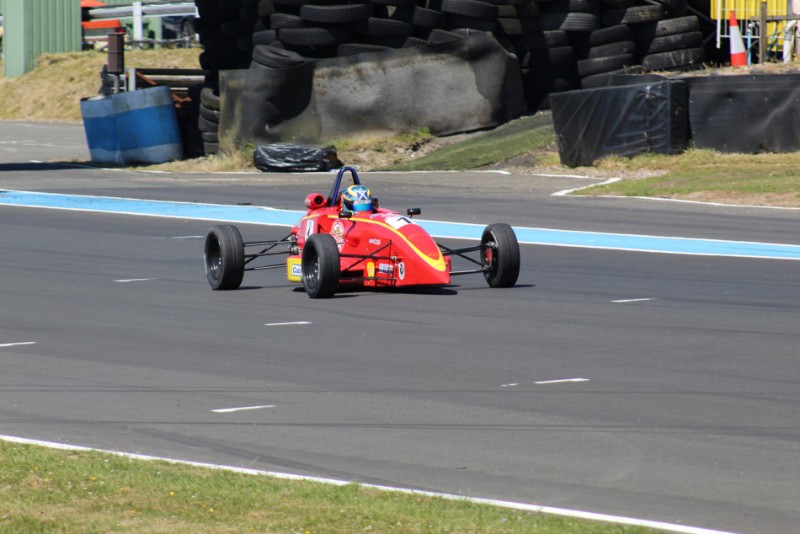 As mentioned already, USF2000 racer Sulaiman is currently leading the NACAM F4 championship, and were he to win it would be in contention to win a paid-for second season in the category. Trying to deny him that opportunity is?Jak?Crawford; another young American star.

In the Honda-powered F1600 championships in North America there are relatively few entries, but there are two rookies to immediately watch. Brian Graham Racing has signed 16-year-old?Matthew Barry for a campaign in Canada, and although he’s only aiming to be top rookie he could win the overall title, while Pelfrey will run?Josh Green in the USA.

Other countries with tickets up for grabs include Australia, Brazil, Northern Ireland and South Africa.