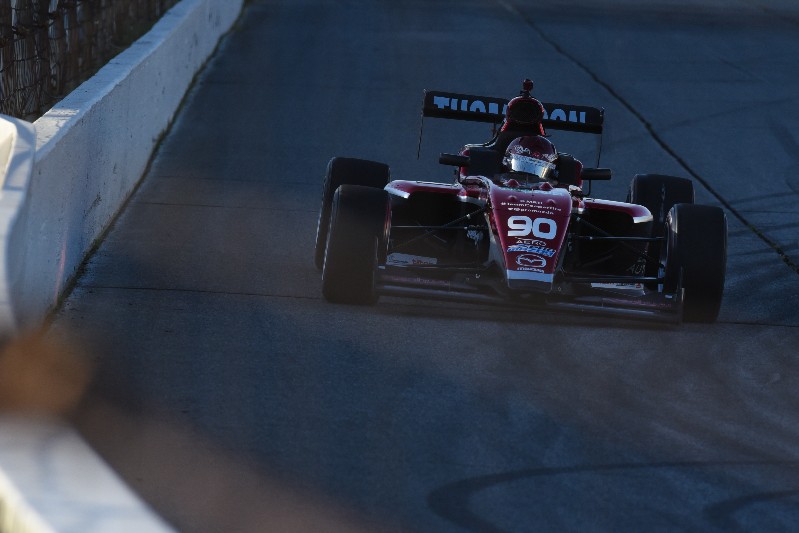 Indy Pro 2000 runner-up Parker Thompson will return to the championship this weekend for the season opening St. Petersburg round after failing to pick up an Indy Lights drive.

The Canadian won three times with Exclusive Autosport in the championship in 2018, and will switch to the debuting Abel Motorsports team for the one-off.

?Abel Motorsports is composed of a fantastic group of people,” said the 21-year-old.

“They may be new to IP2000, but they?re not new to winning. I?m really looking forward to the chance to work with them at the Grand Prix of St. Petersburg.

“Our deal is just for St. Pete right now, but the goal is to put Abel Motorsports on top of the box this weekend and turn this into a Championship run.?

Thompson’s IP2000 title rivals Rinus VeeKay and Oliver Askew have both moved up to Indy Lights, whereas Thompson has not been present in the championship’s pre-season tests.

Abel has taken over Cape Motorsports’ IP2000 entry, and is already a title winning team in Formula 3 Americas.

?We are excited to have Parker on board with us. His experience and professionalism will be a tremendous help in our pursuit of the championship,” team principal Bill Abel said.

Beyond the first round the team will also be running Jacob Abel, who finished fourth in F3 Americas last season with the team.