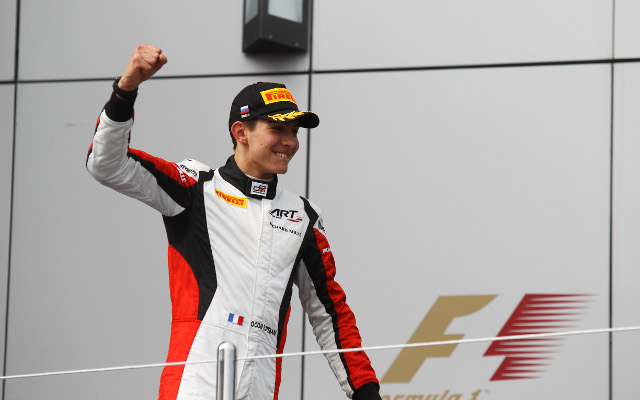 GP3 pre-season title favourite?Esteban Ocon hasn’t won since the opening race of the campaign but is now within two points of the championship lead after extending a remarkable run of consistency at Sochi last weekend.

The 19-year-old Frenchman has now finished second in nine consecutive races, a streak stretching back to Silverstone at the start of July.

In truth, he had a great opportunity to finally go one better in Russia. He claimed pole position and led by what looked like a comfortable margin through the first corner after those behind got poor starts.

But somehow, he lost the lead a few corners later to rival Luca Ghiotto, who had charged from sixth on the grid.

Ocon was understandably glum as he stood on the second step of the podium, having seen his points deficit to Ghiotto increase again.

But things would turn around again just a couple of hours later in race two. Ghiotto had a scrappy, overly-aggressive start to the race, damaging his front wing and then ending up off-track in an overtaking attempt, leading to him falling out of the points.

Ocon meanwhile had a brilliant drive, putting in a couple of outstanding overtaking manoeuvres to provide a reminder of his class and finish up second again.

While second was a disappointing result in race one, it was a great result in the reverse-grid race one. Really, that’s been the case in each of the past four rounds.

Much was expected of Ocon this year. The theory was that if he could win European F3 as a rookie, doing the same in GP3 would be easy.

He’s had a lot more trouble dealing with Ghiotto than anybody could have imagined. But perhaps the Sochi weekend proved better than anything that that’s been because Ghiotto has been so strong, rather than Ocon failing to perform. 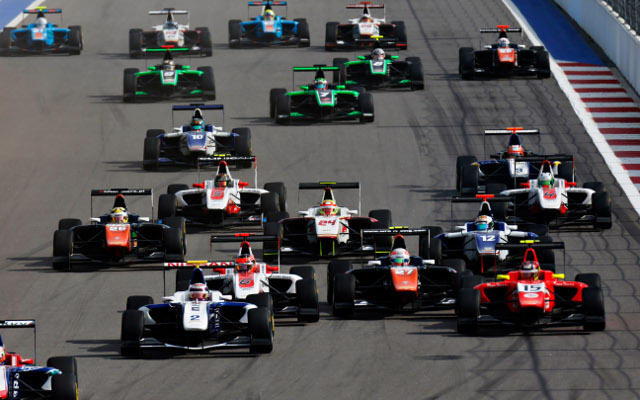 Ghiotto has been in a sweet spot with his Trident-run car, that’s evident even from onboard footage. But while he has shown rough edges that mean he hasn’t always extracted the maximum points out of his speed, Ocon has ensured that he’s always been there or there abouts.

Sometimes that’s been through driving a clean race, sometimes it’s been with the sort of flair he showed to pass rivals in race two on Sunday.

Picking himself up from the disappointment of race one was impressive. He obviously fired himself up, but not to the point that he pushed the limits too far and crashed.

That’s the sort of maturity that marked him out last year, and on this occasion it’s brought him nearly level with Ghiotto with two rounds to run.

In theory, Ocon could therefore win the championship by simply maintaining this run of second-places. It’s been enough to outscore Ghiotto over previous rounds.

But going one step higher in at least one of the last four races wouldn’t hurt his bid. And it might convince current backers Mercedes or potential suitors like Renault to provide some much needed investment in his future.

Stoffel Vandoorne secures the title with two rounds to spare with a third place and a fourth. Alex Lynn is on course to win a shortened feature race from pole when he crashes, handing a third win in four races to Alexander Rossi ahead of Pierre Gasly. Richie Stanaway gets his second sprint race win in front of Sunday expert Rio Haryanto and Raffaele Marciello. 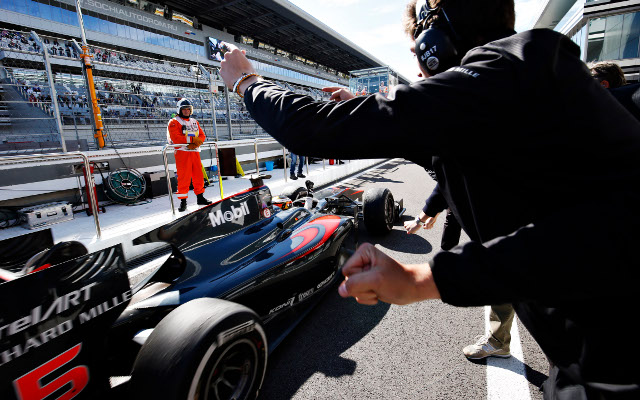 Esteban Ocon finishes second for the eighth and ninth consecutive races, moving to within two points of leader Luca Ghiotto. Ocon claims pole but is passed on lap one by Ghiotto, who charges from seventh on the grid. Ghiotto only manages eighth in race two though, while Ocon finishes second to Jimmy Eriksson.

Jack Aitken overhauls Jake Hughes to claim the title after claiming maximum points in both races. In race one he’s second to wildcard Anthoine Hubert and in race two he’s third (from 10th on the grid) behind the similarly guesting Ben Barnicoat and Hubert.

After winning race one, seventh in race two is enough for Lando Norris to secure the championship. His Carlin team-mate Colton Herta plays second fiddle to Norris in race one but passes him to win race three. Enaam Ahmed gets his first series win with a last-lap pass in race two and takes the rookie title.

Ex-Formula Renault UK and Formula Masters China racer Dan Wells claimed the title for KCMG with his ninth and 10th consecutive victories. Australian team-mate Garnet Patterson took the runner-up spot in the standings despite missing the final round.