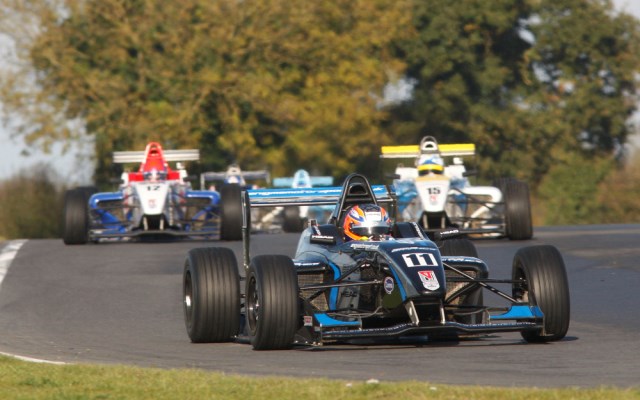 Falco Wauer will return to the BRDC Formula 4 Championship this year with the Enigma Motorsport team.

The Norwegian-American competed in the first five rounds of the inaugural BRDC F4 campaign in 2013 for Team KBS, claiming two podiums before leaving to race in the F3 Open.

He returned to race in the Winter Championship last November with series newcomers Enigma, finishing fourth overall. He had previously raced with Enigma in 2012 in the 750 Motor Club F4 series, taking six wins from eight races.

?It?s great to be able to confirm I?ll race in F4 again with Enigma Motorsport,” said the 18-year-old. “We know each other very well, and after securing plenty of podiums in F4 in the main series and the Winter Championship, it?s now time to start winning races regularly and challenge for the championship.?

Enigma team manager Tom Farquhar commented: ?We?re delighted to extend our relationship with Falco into another year and we?re very confident we?ll be running at the front of a very competitive looking field in F4 this year.

“We were unlucky not to win a race during the Winter Championship, but we set the F4 race lap record at Snetterton which demonstrates that we had very good underlying pace and I?m sure we can build on this to take wins and then hopefully a challenge for the championship.?

Wauer is the 21st driver to confirm their place on the BRDC F4 grid for 2014 ahead of the season opener at Silverstone in just over two weeks.