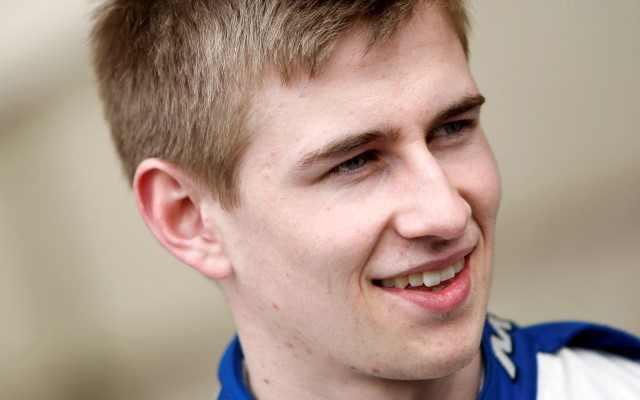 Formula Ford GB racer Jack Barlow was airlifted to hospital on Wednesday after a high-speed accident while testing at Thruxton.

The Jamun driver went off at Goodwood, one of the Hampshire circuit’s fast right-handers. His car dug into the ground and rolled, coming to a rest upside down.

The 18-year-old was able to climb out once the car had been righted, but he was taken to Southampton General Hospital for checks and it was found that he had cracked a vertebra in his back.

Barlow is confident however of being able to take part in the second round of the championship at Donington Park next weekend.

“I?ve got to see a spinal consultant and stay here until Friday,” said Barlow, who was a title contender in BRDC F4 last year and scored a third place on his Formula Ford debut at Brands Hatch.

?So far, the early indications are that I?ve got a good chance of being on the grid at Donington, for the second round of the championship.

?I?d like to thank the paramedics who looked after me immediately after my accident and the air ambulance crew, who were brilliant also. The trauma team here at Southampton General have really looked after me and say that I was very, very lucky.

?I?m gutted for the guys and feel really bad about the car. I?ve pretty-much torn all four corners off it, but I know they?ll do a terrific job of getting it ready for Donington. All I want to do is get back in but will just have to wait and see what the medical experts say first.?

Brands Hatch race winner Harrison Scott set the quickest time of the Thruxton test during the afternoon session, with the morning running having been cut short by Barlow’s crash. Second-placed Sam Brabham was just 0.004 seconds slower than Scott.

Alfonso Celis confirmed with Status in GP3 for 2014