Home Featured Viscaal: “I have to do well” in F2 debut despite “lack of mileage”
Formula 2News 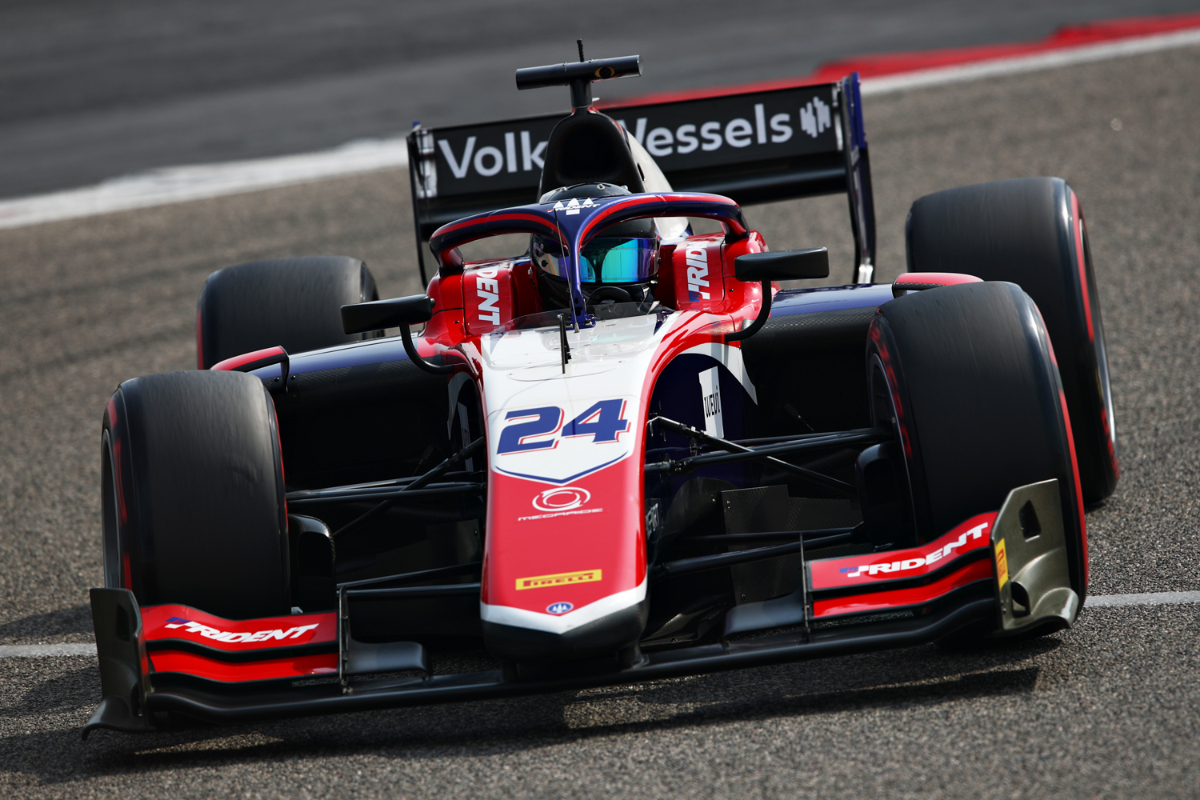 Bent Viscaal says he has to score points on his Formula 2 debut at Bahrain next weekend if he is to keep his one-off drive with Trident for additional rounds.

The Dutchman steps up to F2 on a one-round deal after coming second in Euroformula in 2018 and then spending two seasons in the FIA Formula 3 Championship where he claimed one win and one other podium.

He made his F2 test debut with Trident at Bahrain in December but managed less than a morning of running after a safety concern with a faulty fuel cell left him garage-bound. He returned for pre-season testing last week and was second fastest.

“I am only in for testing and the first round, but my target is to do the whole season,” Viscaal said on the F2 website.

“I just want to get the most out of myself and the most out of the car and be competitive. I want to learn yes, but I have to do well, that’s why I am here, to score points and maybe more.”

Over the three days of testing at Bahrain he racked up 204 laps, although his race pace suggested Trident has work to do to be a points threat at the circuit. Viscaal reflected on the fuel cell issue of his first test, and his more successful follow-up.

“It wasn’t the team’s fault at all. It’s just one of these things that happens.

“It was a shame because I could only do a few laps, but the laps I did looked quite promising considering my lack of mileage and the tyres that we had on.

“It wasn’t as different to F3 as I thought it would be. The car is a bit heavier, so it needs that extra bit of power and braking performance. The 18-inch rims were quite different to the tyres we were using in F3, but you get used to it after a few laps.

“Getting used to the carbon discs was amazing. The first braking point was amazing. In general, the turbo was incredible – it was just fantastic. When the turbo kicks in you really get an extra shove of power. It is just incredible. It’s one of the fastest race cars on the planet and it feels incredible to drive it.”

Visicaal’s first weekend in F2 will feature three races, last seen in the category in 1973, and it will be an intense schedule at each of the eight rounds if Viscaal can secure the Trident seat for the rest of the season.

“I needed to make sure that I was physically ready for F2, both in terms of the car and the new format, when we’ll have a third race during the weekend.”

Trident’s F3 driver Clement Novalak has been linked to the seat Viscaal occupies after also driving in 2020 post-season testing.

Meanwhile at MP Motorsport there has still been no announcement of its second driver alongside Lirim Zendeli, although it has now unveiled the livery it attempted to hide during testing.