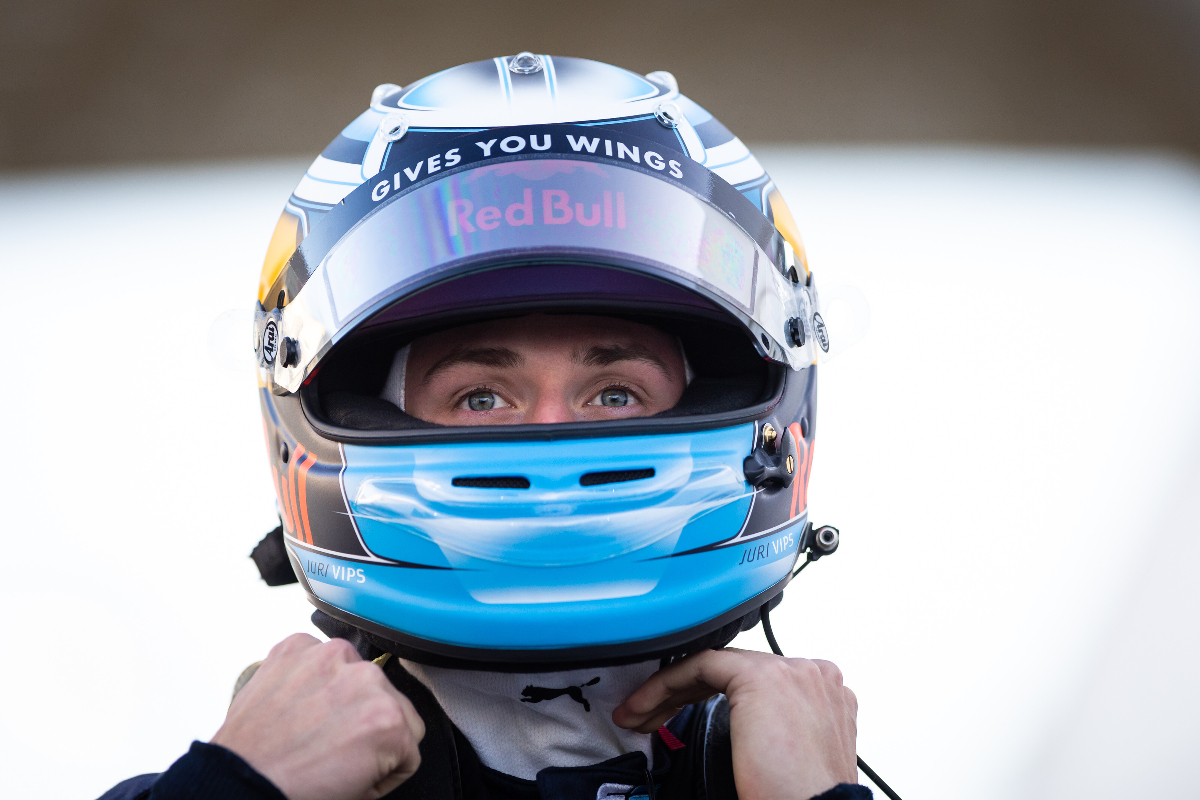 Hitech GP’s Juri Vips timed his run to perfection to head the times in Formula 2 free practice in Baku, as he did in 2021.

Vips, a double race winner at the circuit last year, edged out fellow Red Bull junior Liam Lawson by just 0.077 seconds as laptimes tumbled in the final minutes of the single practice session.

Carlin driver Lawson had set the early pace with a 2m00.236s on his fourth lap, before lowering his best mark to 1m58.028s to reassert himself at the front after others had beaten his previous mark.

Last year’s poleman was consistently among the fastest throughout but although he improved late on, was narrowly beaten by Vips.

Making his return to F2 after missing the previous two rounds with a neck injury, Ralph Boschung was at the top of the times ahead of Lawson before he lost the rear under braking for Turn 5, causing the session’s red flag interruption.

When practice resumed with six minutes to go, all the field except for Boschung and Clement Novalak, the cause of the earlier stoppage, immediately took to the track.

Boschung’s earlier time left him eighth at the end, and his Campos Racing team will be hoping that his crash has not exacerbated his neck problems ahead of qualifying which takes place in the afternoon.

Prema’s Jehan Daruvala was the first to demote Boschung with a 1m56.698s, benefitting from a tow from team-mate Dennis Hauger, before the Hitech pair of Marcus Armstrong and then Vips lowered the benchmark.

Championship leader Felipe Drugovich had been languishing in 21st place until the final minutes, having had to abort a fast lap due to Boschung’s crash. He managed to set an identical time to Daruvala’s to be classified seventh, one place behind Daruvala by virtue of the Indian driver having set his lap first.

Drugovich’s main title rival Theo Pourchaire was only 15th fastest, after only improving by 1.3s in the final green flag phase.