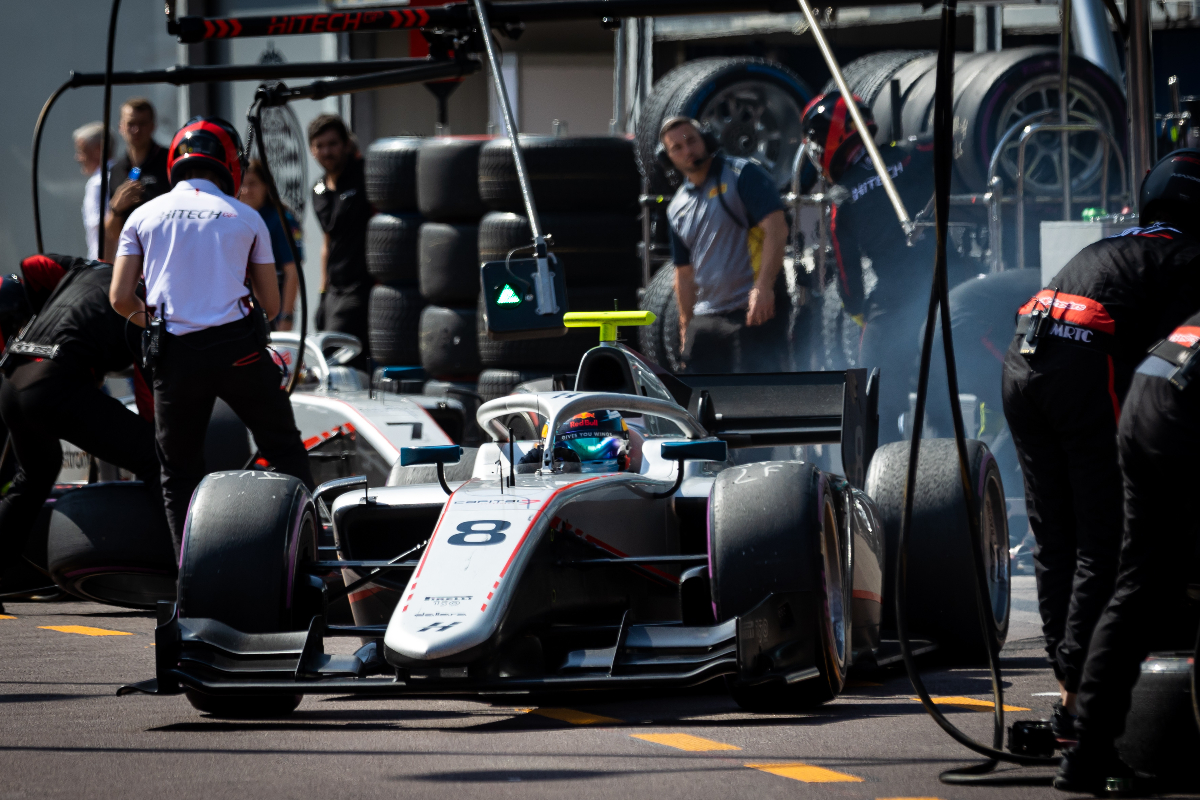 Juri Vips claims his second Formula 2 pole position of the season on the streets of Baku.

The Hitech GP driver jumped to the top of the order with his penultimate flying lap of the session, setting a 1m53.762s lap time.

Vips improved in the first sector of his final lap, only to lose time in sector two and abandon the lap.

Fellow Red Bull junior Liam Lawson took the chequered flag with an improvement on his final lap of the session, but it was only enough for second place, 0.163 seconds slower than Vips.

Ayumu Iwasa, another Red Bull junior, was quickest as the session headed into the final six minutes. He had set a 1m54.483s lap, but as the field headed out for their second runs he made contact with the Turn 4 wall and stopped on track, bringing out red flags.

The session resumed with just 5m50s on the clock, enough to give most drivers two flying laps.

Richard Verschoor was the first driver to topple Iwasa’s time. Dennis Hauger also briefly went to the top, before Vips’ new benchmark was set. Hauger, the fourth of Red Bull’s juniors in F2, ended the session third quickest as an improvement on his final lap jumped him ahead of Hitech’s Marcus Armstrong.

Championship leader Felipe Drugovich placed fifth overall, while it was a difficult session for title rival Theo Pourchaire who could only manage to go 12th fastest.

Verschoore dropped back to sixth by the chequered flag, ahead of Logan Sargeant and Jehan Daruvala, while Frederik Vesti and Jake Hughes completed the top 10.