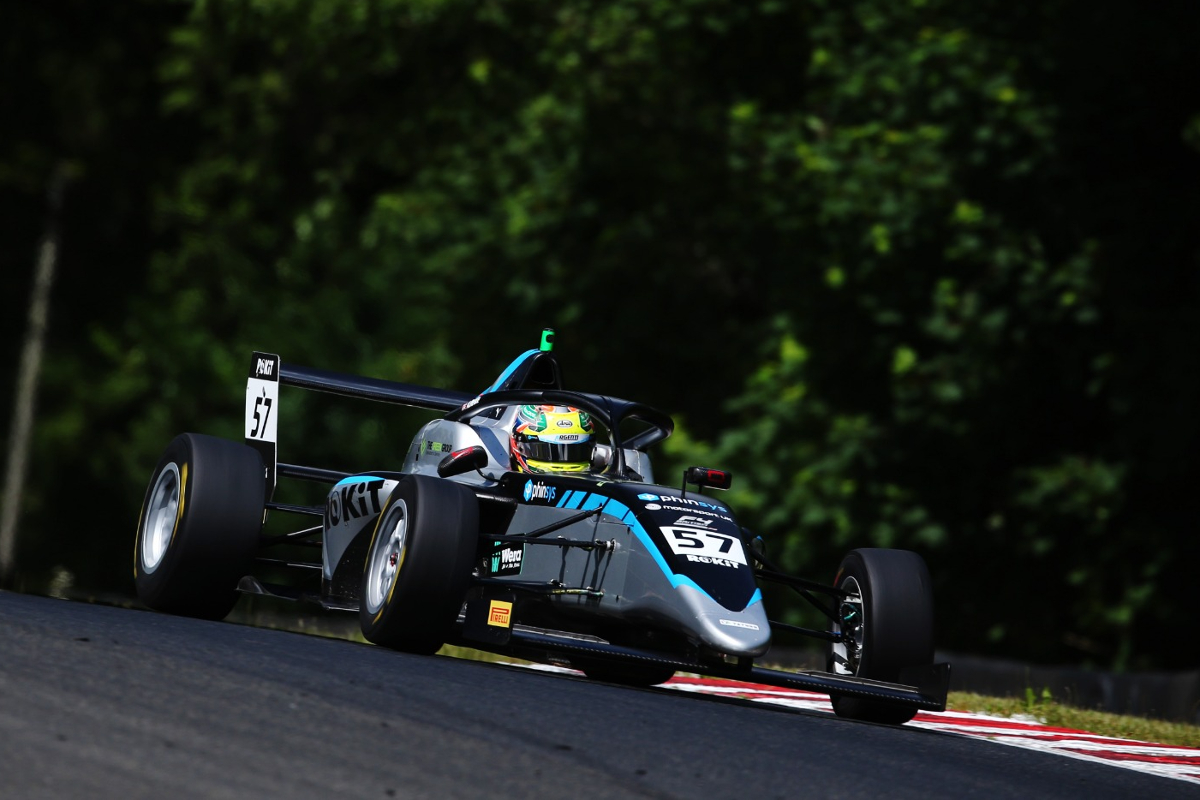 Daniel Guinchard also ended the day within 0.1s of Neate, with the Mercedes-AMG Formula 1 junior just three thounsandths of a second slower than Dunne’s best lap.

Dunne set the pace in the opening free practice session, with a time of 1m21.035s at the halfway mark. The time wouldn’t be beaten for much of the session, before Ollie Gray became the first driver to set a sub-1m20s time.

Gray would lower the benchmark to 1m20.826s before the chequered flag, with JHR Developments’ Georgi Dimitrov taking second from Dunne.

The second of the two sessions was much quicker. Dunne was the first driver to better the FP1 benchmark, and he would remain top of the order for most of the session before a late flying lap from Neate took him to the top.

Dunne was knocked down to second, with Guinchard and Louis Sharp close behind. Gray improved on his early time to go fifth quickest overall, and McLaren junior Ugo Ugochuckwu put himself sixth ahead of Joseph Loake, the last of the drivers to set a time sub-1m21s laptime.

Hitech was without one of its usual quartet of drivers, as Daniel Mavlyutov was absent due to exams according to the championship.