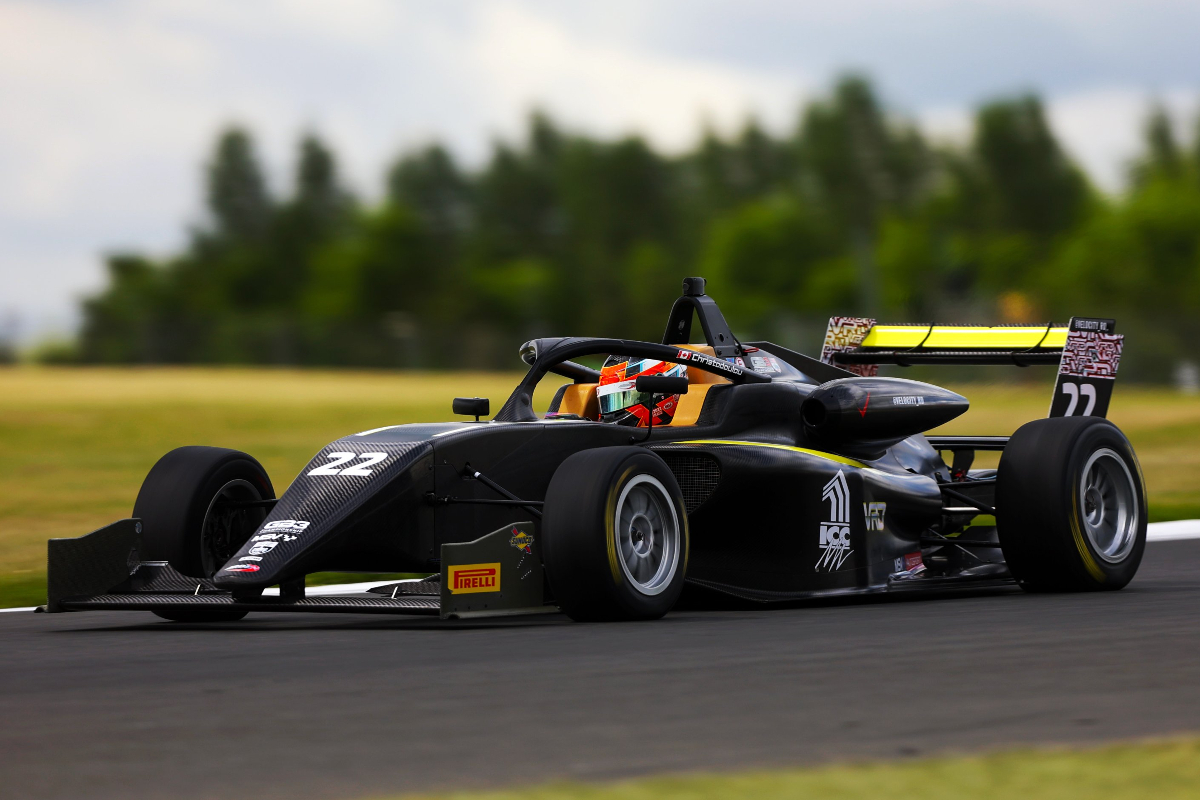 Nico Christodoulou has committed to the remainder of the GB3 season with Arden after making his debut last month at Donington Park.

Arden’s recently announced collaboration with Velocity Racing Development, the team Christodoulou drives for in Formula Regional Americas, has resulted in the team fielding a third car in GB3 for the 17-year-old Canadian.

The tie-up also led to long-time Arden driver Alex Quinn cameoing in USF2000, where he won all three of his races, while Christodoulou got a best result of 11th in his first GB3 weekend. His next appearance will be at Snetterton in two weeks’ time.

“I’m very excited to be running the rest of the 2022 GB3 championship with Arden,” said Christodoulou. “I loved driving the car at Donington and I was keen to find a way to continue so I can experience the other British tracks and continue my development with the car and team. I’m ready and excited to see what I can do and we’re aiming for top results.”

Christodoulou told Formula Scout at Donington that his first weekend in GB3 had gone to plan, having set the 10th fastest time in qualifying.

“We came in expecting to be around top 10, and the first day [of pre-event testing] we reached the top 10, second day we were in the top three in a couple of sessions. It’s been really good so far, and I hope to get that development to reach the top step [of the podium] soon,” he said. “It’s so much lighter, so much faster [than the FRegional car]. It’s different, but I really like it.”

Arden’s GB3 team manager Jack Woodhouse added: “We were really happy with Nico’s performance at Donington Park and there was no hesitation from both sides to extend the arrangement to cover the rest of the season. Given how quick he was with no seat time before the Donington weekend, we’re really confident that Nico will be able to get even closer to the front over the remaining five rounds. For us as a team, it’s great to strengthen our full line-up to three cars in GB3 for the first time as well.”