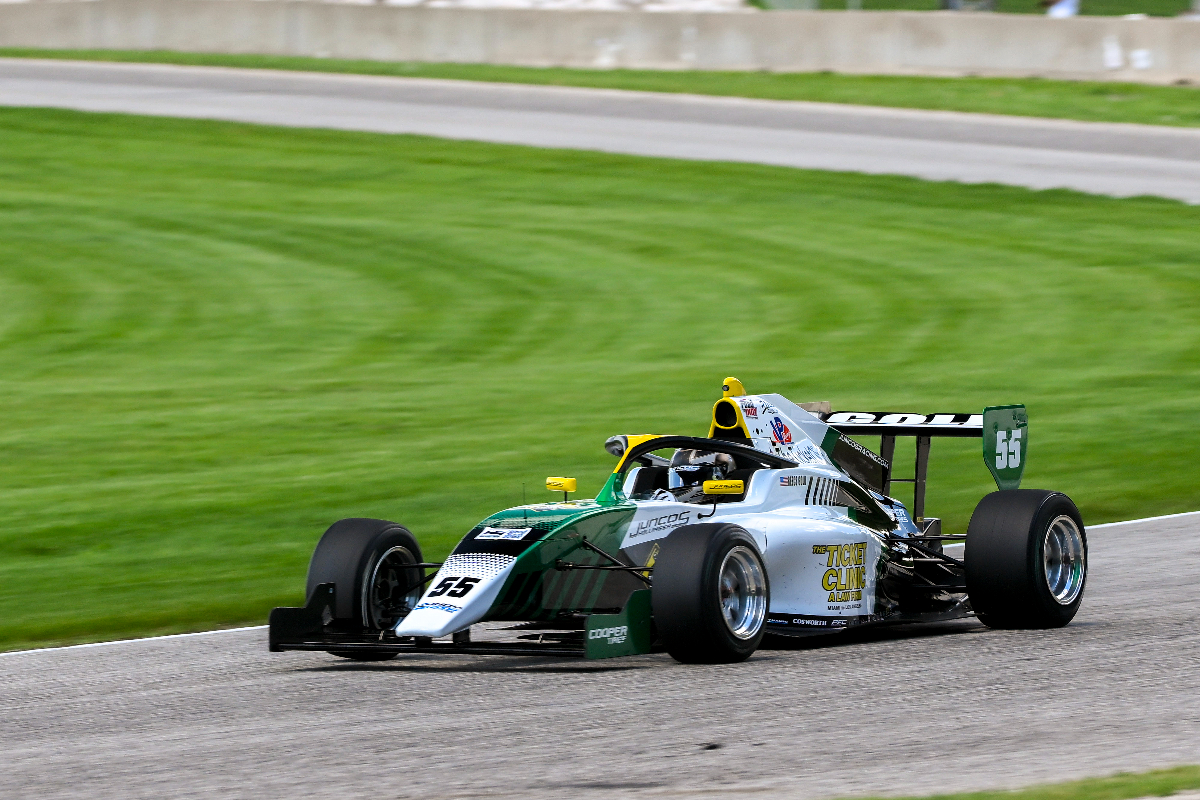 The second-year driver was on top for much of the session, although team-mate Enaam Ahmed initially set the pace by 0.1561 seconds over Turn 3 Motorsport’s Josh Green, who had set the pace in the pre-event test the day before.

Exclusive Autosport’s points leader Louis Foster was then the next driver to the top of the times with his second lap, setting a 2m04.8318s that put him 0.2417s up on Gold.

Next time by there was improvements from most drivers, and Gold’s third lap of qualifying put him on provisional pole as he went less than six hundreths of a second faster than Foster. The order however then remained static for some time until Pabst Racing’s Colin Kaminsky jumped up to third with place with just over five minutes to go, and then drivers returned to track for final attacks on pole.

Gold improved, setting a 2m04.3105s to keep himself in first place, and Ahmed rose to second with a lap 0.4907s slower. Foster failed to trim any time off but still qualified third ahead of Braden Eves, who had topped free practice, and Green.

Kaminsky also couldn’t go any quicker and he ended up down in seventh, just ahead of Foster’s new team-mate Wyatt Brichacek – who had moved across from Jay Howard Driver Development and had failed to set any laps in free practice but had been floating around in the top four in qualifying prior to the final few minutes.

After skipping the oval race at Indianapolis Raceway Park, Lindsay Brewer was 2.8s off the pace in the third of Exclusive’s cars, and Charles Finelli was the slowest qualifier with a 4.3891s gap between himself and pole.