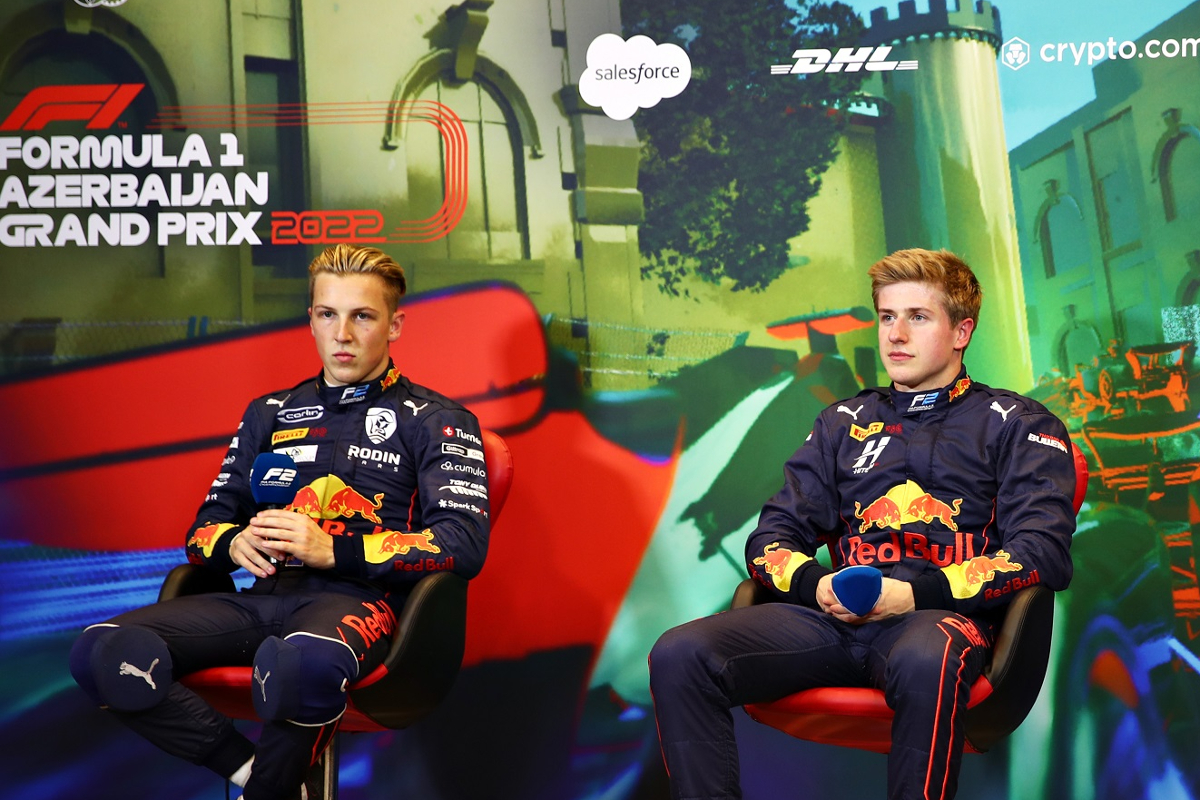 It’s the second year the pair have locked out the front row in Baku, with Lawson on pole when they were Hitech team-mates in 2021. After qualifying for this Sunday’s race, the pair gave their impression on a session where they achieved a much better result than either expected when they finished their final flying laps.

“We have these mini-sectors on our delta on the steering wheel. So, in the second lap, I thought everyone was going to improve, and I was four-and-a-half tenths up before turn three. I had nailed the first two corners, and I had a bigger tow than in the previous lap. Then, in turn three, I had like the biggest rear lock-up ever, and it just completely ruined the lap,” Vips explained.

“I thought I was going to be outside of the top 10 because everyone was going to improve, and I had just ruined it. When the radio message came that I’m on pole, I definitely didn’t expect it.”

Vips also praised Hitech’s work after achieving his second pole of the season, which moves him up a spot to fourth in the championship standings.

“In the end, when it mattered, the car was really, really good, and even if I wasn’t so happy with the lap, we still made it to pole. So Hitech did a brilliant job.”

On his side, Lawson pointed at lap preparation as the key to not being able to maximise his potential.

“The thing is we are at the very back of the pitlane. We had a lucky spot in Monaco, we were at the front, which made for a really good track position. Here, the warm-up was compromised, and I didn’t really have the temperature and never had that confidence starting the lap.”

His fastest lap at the end of qualifying was also an eventful one with slippery track flags and recieving a message on the radio.

“Going into Turn 15, there was the slippery board, the flag that shows that something is on the track basically. I had a radio message as well over the lap. I didn’t hear what it was, but it sounded very panicking. I wasn’t sure of what was going on.

“Then finishing the lap, it wasn’t a huge improvement from the first one, so I wasn’t really sure either to be honest,” Lawson said.

His lap turned out to be good enough for second place, 0.163 seconds slower than Vips and 0.048s faster than Prema’s Dennis Hauger in third place.

Lawson was disappointed to not extract the maximum out of the car due to the circumstances.

“Knowing now the gap to pole, I know Juri said he had time left in his lap. We definitely did. The car was really good today, so it’s a little bit disappointing knowing the potential we had, but it is a solid start to the weekend.”