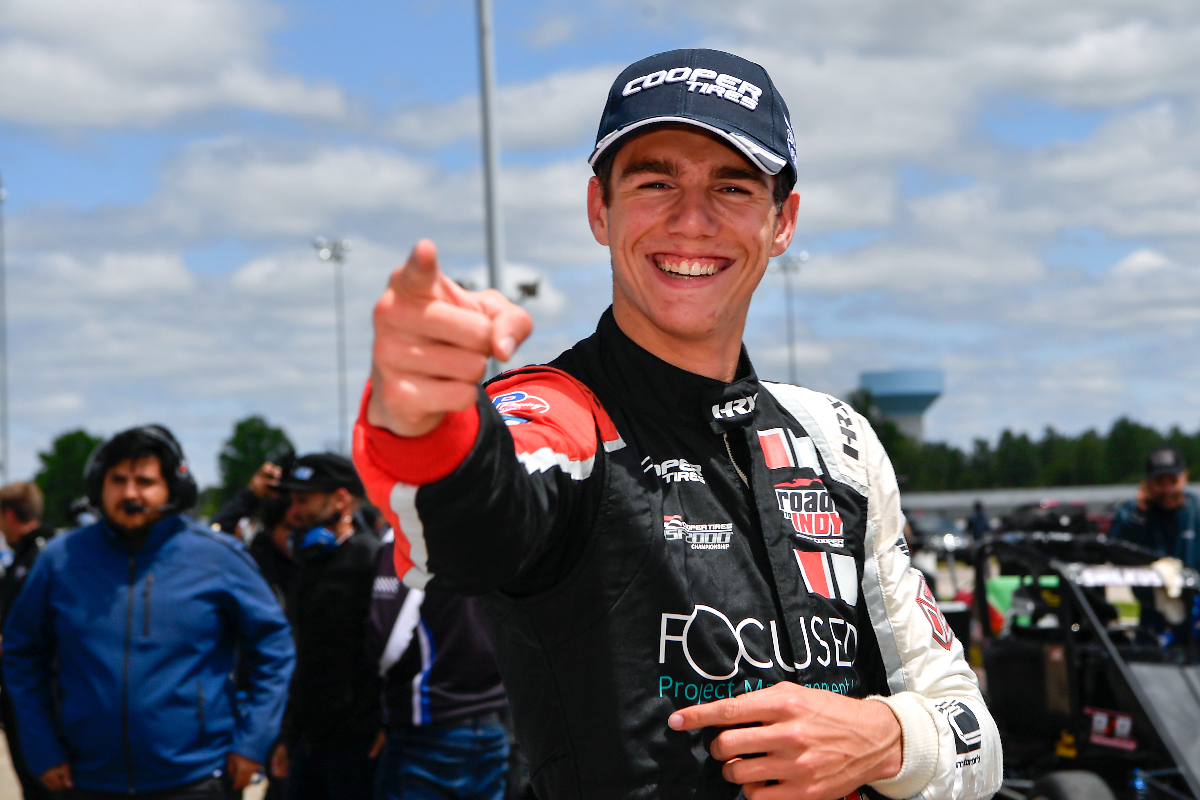 Cape Motorsports’ Michael d’Orlando will start from pole for both USF2000 races at Road America this weekend.

The series ran its two qualifying sessions on Friday, and d’Orlando was fastest in both ahead of Pabst Racing’s Jace Denmark and Exclusive Autosport’s Billy Frazer.

Denmark was fastest when drivers first took to the track in Q1, holding first place until d’Orlando set a 2m10.7439s with just under a quarter of an hour of the session to go. That ended up as the pole time, as none of the top three improved thereon.

USF Juniors regular and YACademy Winter Series champion Johnson continued his strong debut weekend into Q2 as he went fourth fastest, less than a third of a second off d’Orlando’s pole time.

This time it was Frazer who was on top early on, and going into the final five minutes he sat on provisional pole ahead of Jones, Johnson and Rowe. Down in ninth was d’Orlando, but with his fifth lap of the session he jumped up to first place as he set a 2m11.1374s.

Denmark nabbed a front row spot from Frazer as the latter didn’t improve at all on the 2m11.4272s that put him on top early on. Johnson ended up being just 0.0235s slower than him in fourth, and Rowe (who jumped up to fifth late on), Jones and Garg were all within a tenth of Frazer.