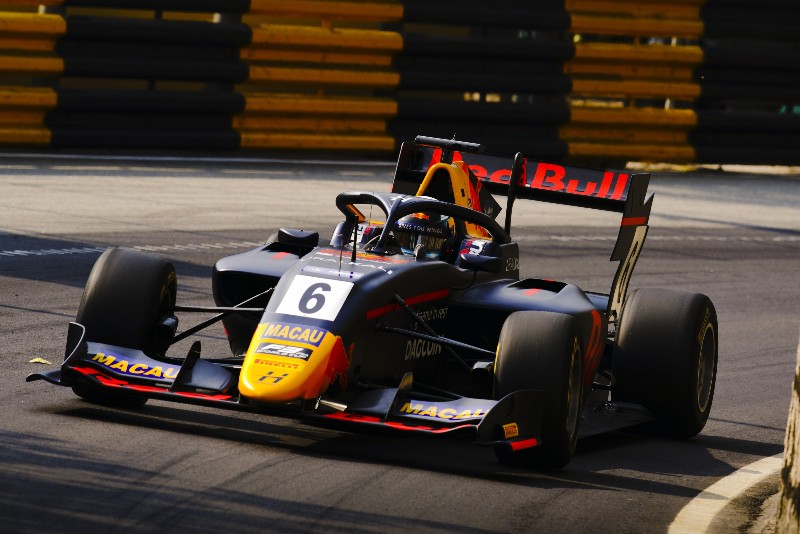 Prema driver Armstrong had been top of the order in Q2, becoming the first ever driver to lap in the 2m05s, but as he pushed even harder he ended up hitting the wall at Police, bringout out the red flags. Earlier on, he had got a puncture by skimming a barrier.

The second half of the session began with a flurry of tumbling lap times, with Hitech GP’s Vips jumping to the top of the order with a stunning 2m04.997s lap.

Formula 1 juniors Robert Shwartzman, Callum Ilott and Christian Lundgaard all found improvements in the closing stages, but none could come close to Vips? time. Armstrong’s team-mate Shwartzman ended the session closest, 0.379s off.

HWA Racelab’s Jake Hughes, who was quickest in Q1 on Thursday, improved very late on to jump back up to sixth, 0.051s behind MP Motorsport’s Richard Verschoor.

The third Prema car of Frederik Vesti took seventh, ahead of Jenzer Motorsport’s Arjun Maini, Armstrong, and Carlin’s Logan Sargeant – who was the third best rookie behind Lundgaard and Verschoor.

Sargeant’s team-mate and two-time Macau winner Dan Ticktum was 13th fastest. A free practice crash with David Beckmann meant his car wasn’t repaired in time for the beginning of Q2, but the red flag stoppage meant both were able to join the second half of the session.

Traffic compromised Ticktum’s first couple attempts, but he was able to improve on his Q1 pace. Beckmann couldn’t, and sank from second place down to 19th.

The session ended under the red flag when Ferdinand Habsburg came to a stop on track two minutes before the chequered flag. It was the third stoppage, with the first coming when Leonardo Pulcini and Enzo Fittipaldi ran into the wall 10 minutes into the session.