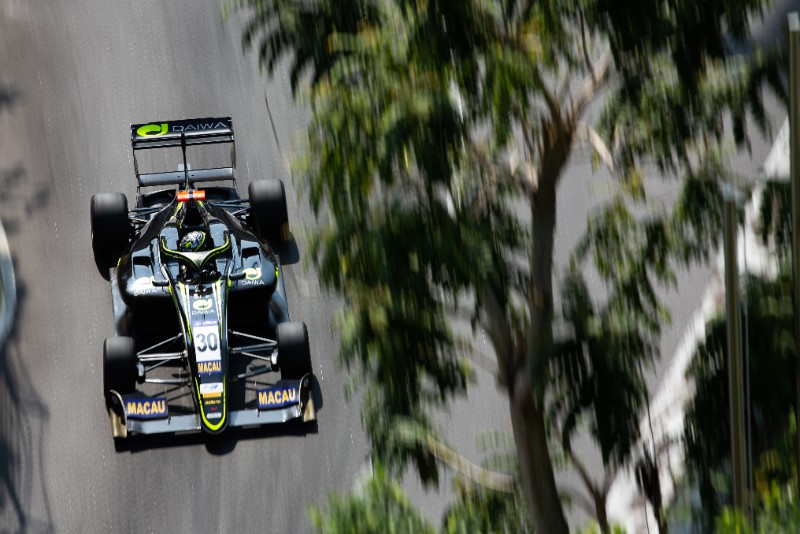 The two-time winner of the event, who is provisionally sixth on the grid for the qualification race, brought an early end to the practice session by clipping Trident’s David Beckmann at Police corner, where there was double waved yellow flags.

Beckmann has slammed into the barriers a few seconds earlier, and his team-mate Alessio Lorandi had already passed through the yellow flagged area safely before Ticktum arrived.

The incident was immediately put under investigation by the race director, with the circuit stewards deciding that no further action was needed. The stewards’ notice read:

“The Stewards examined the in-car camera video from Cars 15 [Lorandi] & 30 [Ticktum]. Car 14 [Beckmann] impacted the barriers at the exit of Turn 15 blocking a significant portion of the track, although it remained possible for a car to clear the incident without impacting Car 14 or the barrier.

The digital marshalling panels, which can display the same signals as the marshals would deliver with flags, is one of the features introduced to the Guia Circuit this year during its upgrade to FIA Grade 2 status.

“Car 30’s in-car video, when compared to Car 15’s, showed the double waved yellow flags were less visible to Car 30 than they had been to Car 15 and were not clearly visible until he was very close to the apex of the corner.

“When Car 14 came into view, Car 30 made a significant attempt to avoid Car 14 but was carrying too much speed to successfully do so and impacted Car 14. While the double yellow flags were displayed, in the view of the Stewards there was insufficient time for Car 30 to react to those flags, and therefore, no further action is taken.”

Beckmann was second fastest in Thursday’s first qualifying session, and will start the qualification race from second on the grid if nobody improves on his time in Friday’s second session.

Red flag delays in sessions for other categories should ensure both drivers have repaired cars ready in time for Q2.

The incident between David Beckmann (14) and Dan Ticktum (30) that ended the second #MacauGP practice session and is under investigation pic.twitter.com/pxrUwDRikT