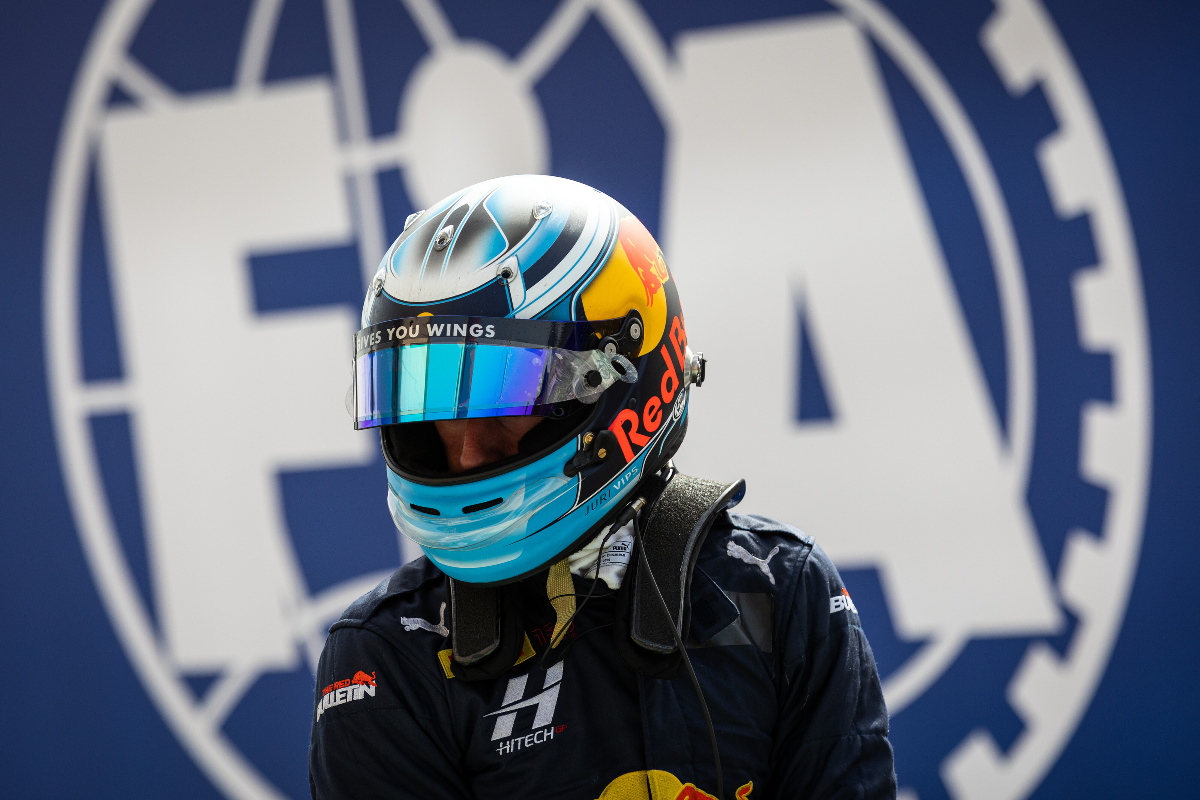 Frontrunning Formula 2 drivers say they trust Formula 1 in its decision to continue the Saudi Arabian Grand Prix despite a nearby missile strike on Friday.

Smoke has been visible since F1’s first free practice session following an attack on a nearby oil depot on Friday, raising concerns regarding the safety and security at the event.

Management from F1, the FIA, the team bosses and the Grand Prix Drivers’ Association were then in intense talks running well into the early hours of Saturday morning and ultimately decided collectively to continue the event. The GDPA did put out its own statement, which hinted at there not being universal agreement between the drivers.

The situation was still developing when F2’s drivers took to the track for Friday’s qualifying session. After Saturday’s sprint race, Formula Scout asked the top three for their thoughts on the decision taken and the situation surrounding it.

“I think we are all here quite up-to-date to what’s been happening, it’s kind of sad times that we’re living in in the world at the moment,” said Hitech GP’s Juri Vips, who finished second. “There’s a lot of this war and negativity around us. But I think as a big sports event we shouldn’t be bullied into cancelling the event or anything like that.

“Obviously it’s not great when there’s such an explosion near you, but I do trust F1 and the security that they’re providing us.”

Race winner Liam Lawson added that “like Juri said, it’s sad that this stuff is happening at the moment.

“But for us as drivers and as teams, we’ve been assured that in this area we are completely safe, and I think we trust F1 and the organisers around us that that will be the case. So for us, it’s disappointing and not nice to see, but I think we feel OK about the decision that’s been made.”

Jake Hughes, who took his and Van Amersfoort Racing’s first podium said: “Yesterday was obviously quite a shock, and something that I don’t think any of us, if not the whole grid have experienced before. And definitely not nice to see.

“That being said, we’ve been given enough assurances now from all the parties involved, F2, the FIA, F1, that it’s safe to race, and probably this is the safest place to be right now. And then from my personal point of view, I’m quite happy to race this weekend.”

Formula Scout also asked whether there needs to be F2 driver representation in the GPDA, which was locked in a meeting lasting over four hours yesterday.

“I don’t have a big opinion on it,” Hughes said. “It’s not something I’ve ever thought about, but I wonder if at some point how many voices become too much, if you know what I mean?”