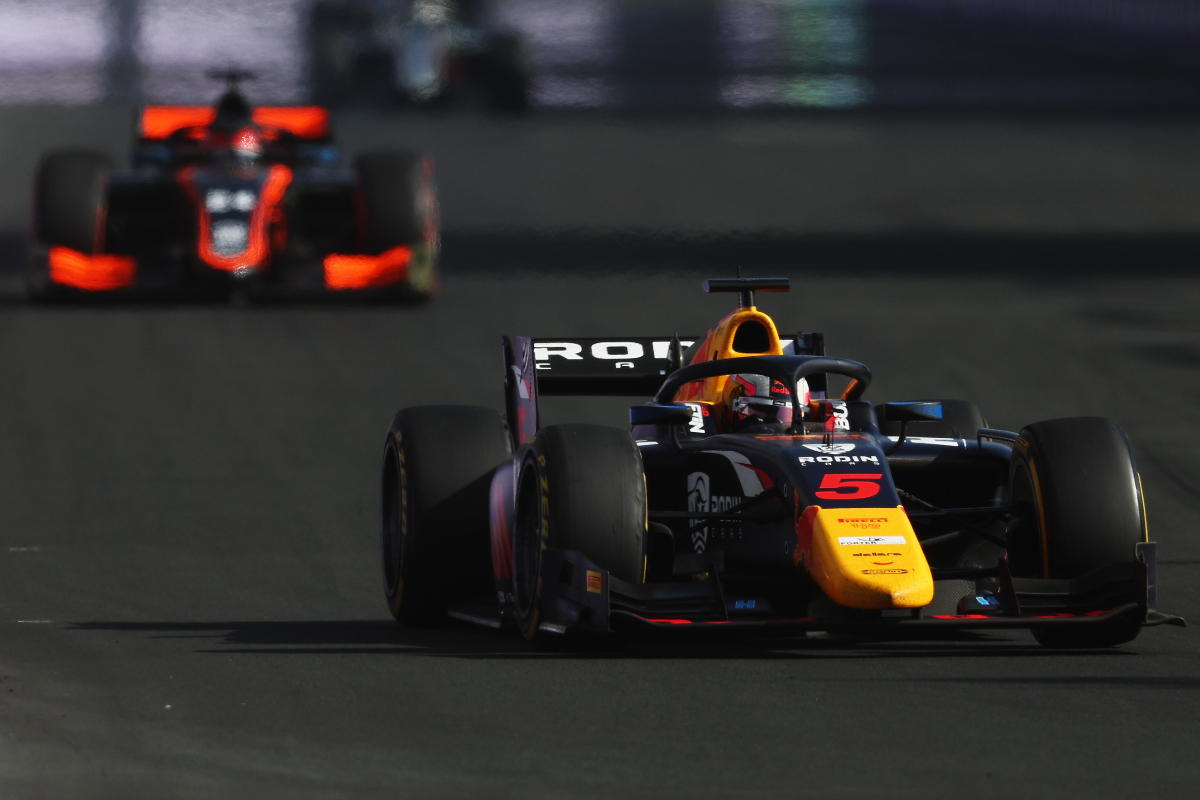 While Formula 2’s Jeddah sprint race was incident-filled, it was the pre-race choice of tyres that decided the battle at the front as the victory contenders revealed.

With limited running on an already slippy circuit, the decision between starting on softs or medium compound tyres was a difficult one.

Red flags had populated practice and qualifying, and a safety car-filled race would make softs an attractive proposition. Liam Lawson, who went on to win a race that did include a lot of yellow flag running, was well aware of the predicament.

“Judging by last year’s races and what happened today, with very few racing laps the softs could have very easily worked,” the Carlin driver explained.

But the Red Bull junior opted for the more durable mediums – a decision he thought he would regret over halfway into the race, when he found himself behind Van Amersfoort Racing’s Jake Hughes who led on soft tyres after several safety car periods.

“Under that last safety car, we had seven or eight laps left in the race, and we’d only done one or two pushing. At that point, I thought the softs were the clear choice. I thought Jake was going to be in a great position because we didn’t have many racing laps left.”

However, the sudden drop in performance of the softs after that was something that surprised both drivers, and ultimately decided the race.

Eventually falling to third after being passed by Lawson’s fellow Red Bull junior Juri Vips on the line, Hughes commented: “Being on the softs I actually thought I was quids in, with so little racing laps left.

“Unfortunately, it was surprising – more surprising than we expected as a team – how quickly the softs would fall away, and even on the opposite axle than we anticipated.”

This is a view with which Lawson agreed: “[The soft tyres] obviously dropped a little bit more than what we all thought.”

Hughes lamented a poor restart from a virtual safety car period after which he was passed by Hitech GP’s Juri Vips for second place at the very end, but was ultimately satisfied with achieving his first podium in F2.

“It was a bit of a miscommunication on the radio regarding the VSC restart, so had a bit of an issue staying on Liam’s gearbox with that, and then I think that gave Juri a bit more of an impetus to try,” concluded the Brit. “But in the end I’m happy, for sure.”