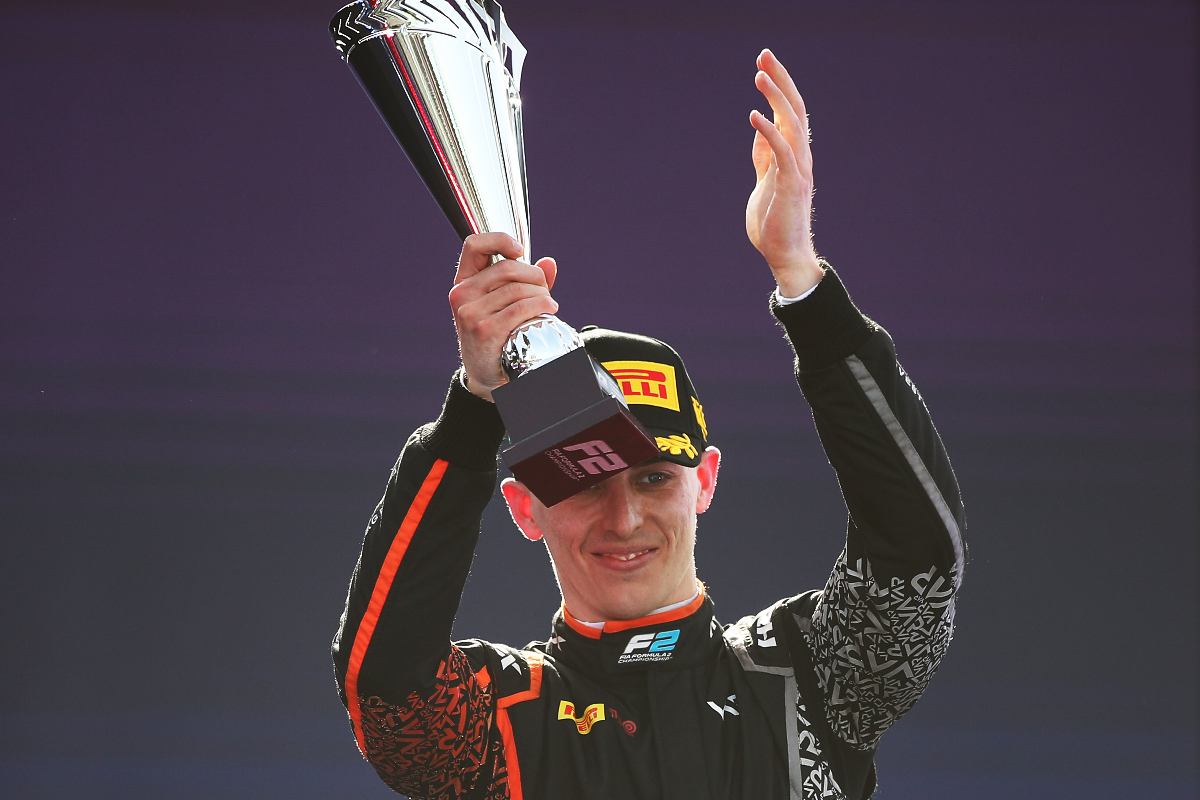 Van Amersfoort Racing and Jake Hughes have lost their first Formula 2 podium finish after a technical infringement resulted in disqualification from third place in the Jeddah sprint race.

Hughes led at times in a race marred by several safety car interventions, but finished third at the end after being passed by Hitech GP’s Juri Vips on the run to the chequered flag.

However, it was judged that Hughes had a non-conforming plank underneath his car and was disqualified from the results.

“The stewards received a report from the technical delegate regarding the nonconformance of Car 24 [Hughes] to the FIA Formula 2 technical regulations,” the FIA statement read.

“Car 24’s skid plank was found to have a maximum thickness of 3.6mm, where the technical regulations require the thickness to be 5mm +/-1mm. They summoned and heard the team representatives.

“The stewards heard from the team representatives who explained that wear on the plank was on the loaded side of the car, and this was likely to be due to variations in tyre pressures during the multiple safety car deployments that occurred.”

“Having considered the matter extensively, the stewards determined that Car 24 did not comply with the technical regulations and is therefore disqualified from the results of the sprint race. The stewards understand the circumstances that the team explained, and view the matter as resulting from an unfortunate error on the part of the team and not due to intent.”

This promotes MP Motorsport’s Felipe Drugovich to the top three. The Brazilian driver is set to start Sunday’s feature race from pole position.

Trident’s Calan Williams’ best result is upgraded to fourth, with Richard Verschoor giving the team a four-five, making it the team’s best two-car result in F2 and the first time such a result was achieved in the second tier since Johnny Cecotto Jr and Sergio Canamasas finished in that order in the 2014 Monaco feature race in GP2.

DAMS’ Ayumu Iwasa rounded out the top six. Campos Racing’s Ralph Boschung would have been seventh but was out of position at the start, and picked up a 20-second time penalty in lieu of a drive-through and finished 16th, in addition to two penalty points.

Prema is currently appealing the outcome of the sprint race after an alleged miscommunication between race control and the team prompted Dennis Hauger to drive through the pits while it was closed during a safety car period following a collision between Carlin’s Logan Sargeant and Virtuosi Racing’s Jack Doohan on the restart.

For that collision, Doohan was deemed to be at fault and given a three-place grid penalty for Sunday’s feature race. He was already due to start at the back but picked up a penalty point for the incident.