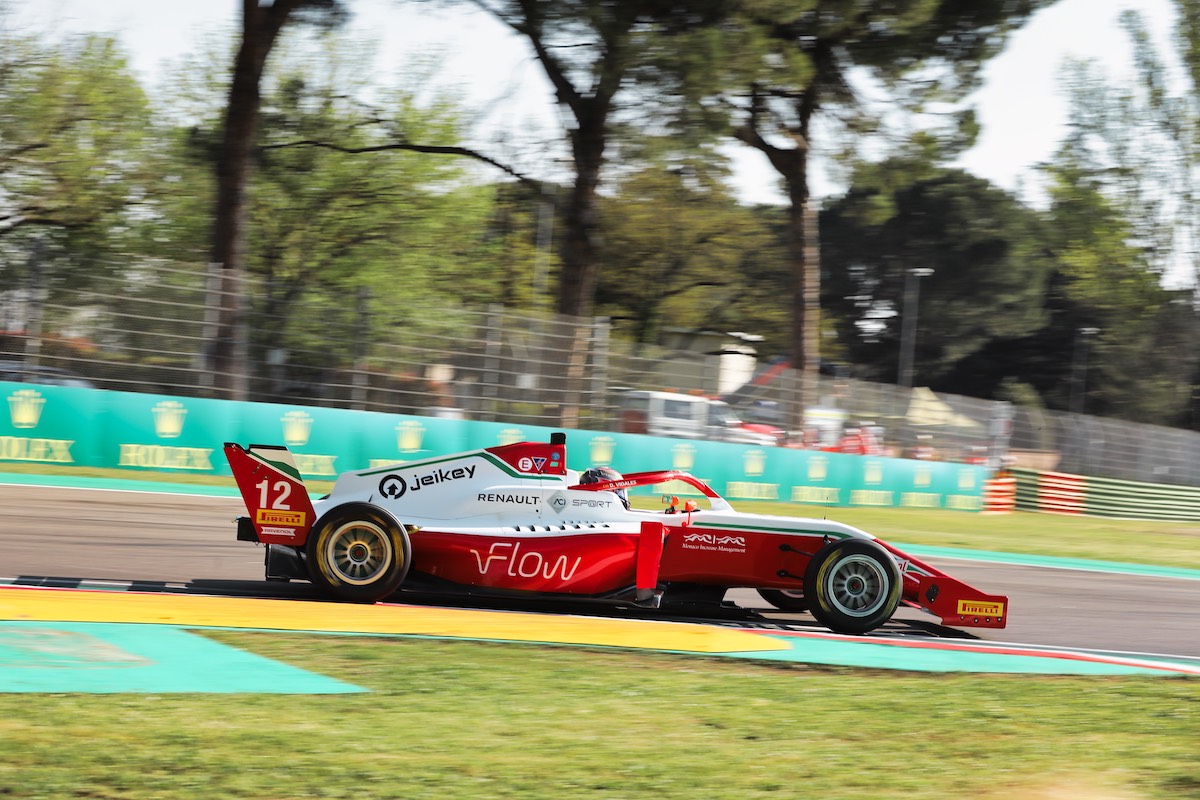 David Vidales led a Prema one-two in qualifying for the first race of the Formula Regional European Championship by Alpine season at Imola.

The top four drivers in qualifying were separated by less than a tenth of a second, with second-placed Paul Aron just 0.044s behind Vidales.

As in qualifying one, lap times dropped rapidly throughout the session. Race two pole-sitter Gregorie Saucy set the pace early in the session but couldn’t keep up with the likes of Vidales, Aron, and Hadrien David as lap times tumbled.

Vidales and Aron swapped times at the top of the order before a 1m37.860s lap time for Vidales – who won twice on his car racing debut in the Formula Renault Eurocup at Imola last year – solidified his place on pole position.

Alex Quinn found improvements on his final lap of the session to slot into third for Arden, ahead of R-ace GP driver David.

Saucy was another quick lap at the end but found traffic in the final sector and dropped back to fifth by the chequered flag, while the third Prema car of Dino Beganovic placed sixth as the top rookie.

Isack Hadjar picked up seventh ahead of Gabriele Mini and William Alatalo, with Zane Maloney completing the top 10 after briefly running first early in the session.