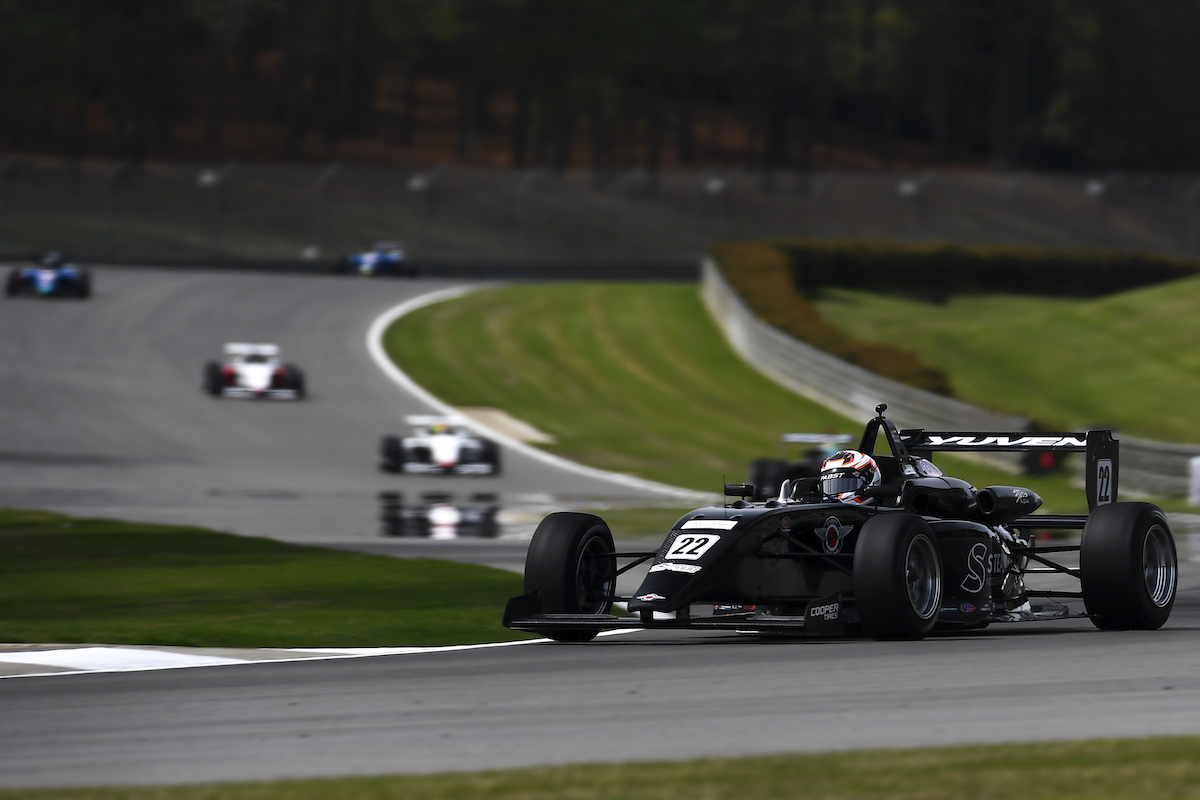 On lap two there was a full-course caution for incidents involving Myles Rowe, Matt-Round Garrido and Dylan Christie.

When the race restarted after six of 20 laps had been completed, Sundaramoorthy had to to defensive from DEForce Racing driver Campbell, who was also in search of a maiden victory.

Later though, Sundaramoorthy could pull away and win by over two seconds as Campbell fell into the clutches of third-placed Josh Pierson, who was only four tenths of a second behind as he joined team-mate Sundaramoorthy in notching up his maiden podium.

Michael d’Orlando, the highest-placed driver from 2020 to return this season, couldn’t keep pace with the front three and the Cape Motorsports driver had to defend from the charging Exclusive Autosport pairing of Christian Brooks and Billy Frazer.

Both Brooks and Frazer had got past Spike Kohlbecker on the restart, then gained another spot when debutant Jace Denmark ran off track out of fifth position.

Brooks managed to get alongside d’Orlando with two laps to go but had to settle for fifth, while Frazer was the top rookie in sixth after starting 12th on the grid.