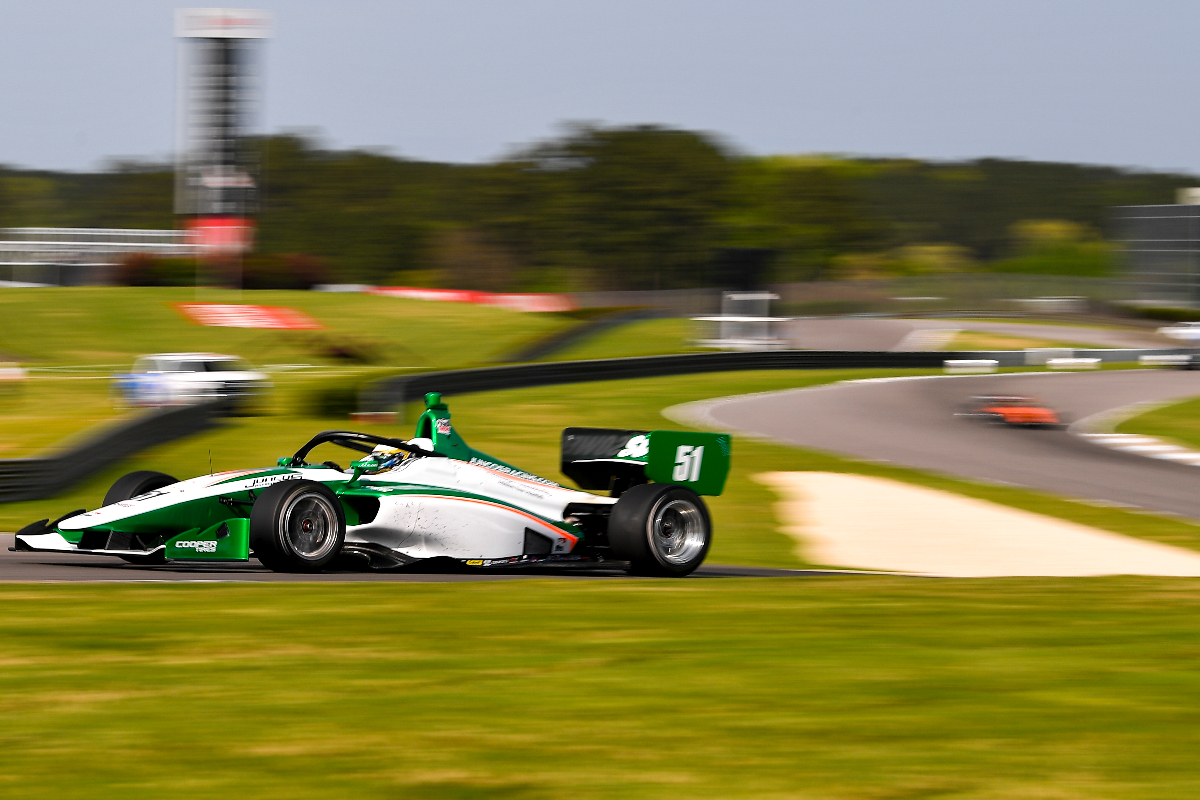 Indy Lights drivers won’t be using the push-to-pass overtaking system in the first races of the series’ return this weekend at Barber Motorsports Park after a software issue was uncovered.

The system provides an additional 50 horsepower from the Dallara IL-15 car’s turbocharged 2.0-liter straight-four engine that can be deployed when within one second of the driver ahead, and was trialled in free practice to check for errors.

In this case glitches were found that could have provided one driver with an unfair advantage, or put another driver at a disadvantage, so championship operator Andersen Promotions opted against its use to ensure parity across the grid.

However the plan is for it to be introduced for the second round of the season on the streets of St. Petersburg next weekend, pending it proves trouble-free in practice sessions there too.

A grid of 13 cars have been entered for the first complete round of the series since the 2019 season finale, as the only event of last year was cut back to a single practice session due to the onset of the global COVID-19 pandemic, and the joint championship leaders going into the opening race on Saturday are David Malukas (HMD Motorsports) and Linus Lundqvist (Global Racing Group with HMD) after they picked up a point each for taking pole in the two qualifying sessions.

There are talks of a 14th driver lining up in the series later in the year, while it has been rumoured that new Formula Regional Americas team TJ Speed – which dominated its debut weekend with three race wins – could move into Indy Lights in 2022.