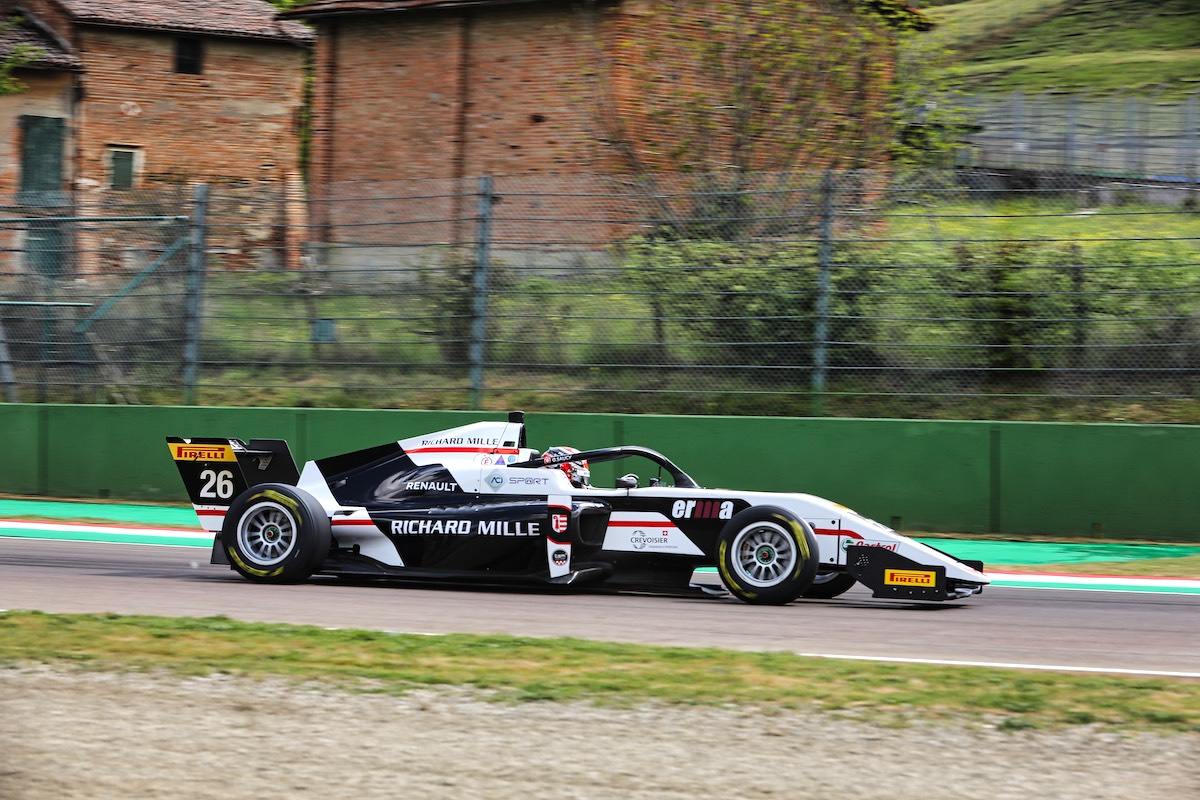 The ART Grand Prix driver, one of the pace-setters in pre-season testing, took top spot for Sunday’s second race of the weekend with a 1m38.139s lap around the Italian circuit.

Lap times dropped rapidly during the final 10 minutes of the session, with the top spot changing hands multiple times. Paul Aron, Zane Maloney and Isack Hadjar all took turns at the top of the order before Saucy put in his best lap of the session.

Shortly after Saucy crossed the line the red flags were brought out with little over two minutes on the clock. Jasin Ferati had spun into the gravel on the exit of Piratella, prompting the stoppage.

When the session resumed there was only time for an out-lap and one flying lap at best. Most of the field went out for one last attempt to improve their times, but many were unable to reach the start-finish line in time to start their flying lap before the chequered flag.

Saucy was one of those to head out, but backed off when it appeared nobody would be able to challenge his pole position time.

There was movement at the top of the order, though, as R-ace GP driver Hadrien David jumped up from third to second, just 0.189s behind Saucy.

Aron was knocked down to third, ahead of his Prema team-mate David Vidales.

Shortly before the red flag, Vidales had been on a flying lap, making great improvements in the first two sectors. During his final sector however, team-mate Dino Beganovic ran wide at Rivazza, kicking up gravel and briefly bringing out the yellow flags. Beganovic was able to continue but Vidales was forced to slow to respect the yellow flags, destroying his lap.

Beganovic was one of the few drivers to improve after the red flag, jumping up to seventh, behind Regional Formula 3 debutant Maloney and Alex Quinn. Hadjar, Gabriele Mini, and Mari Boya completed the top 10.

Another of the pre-season pace-setters Patrik Pasma, who won twice on FREC’s visit to Imola last year, could only manage 26th in the 30-car field, nearly two seconds off the pace.