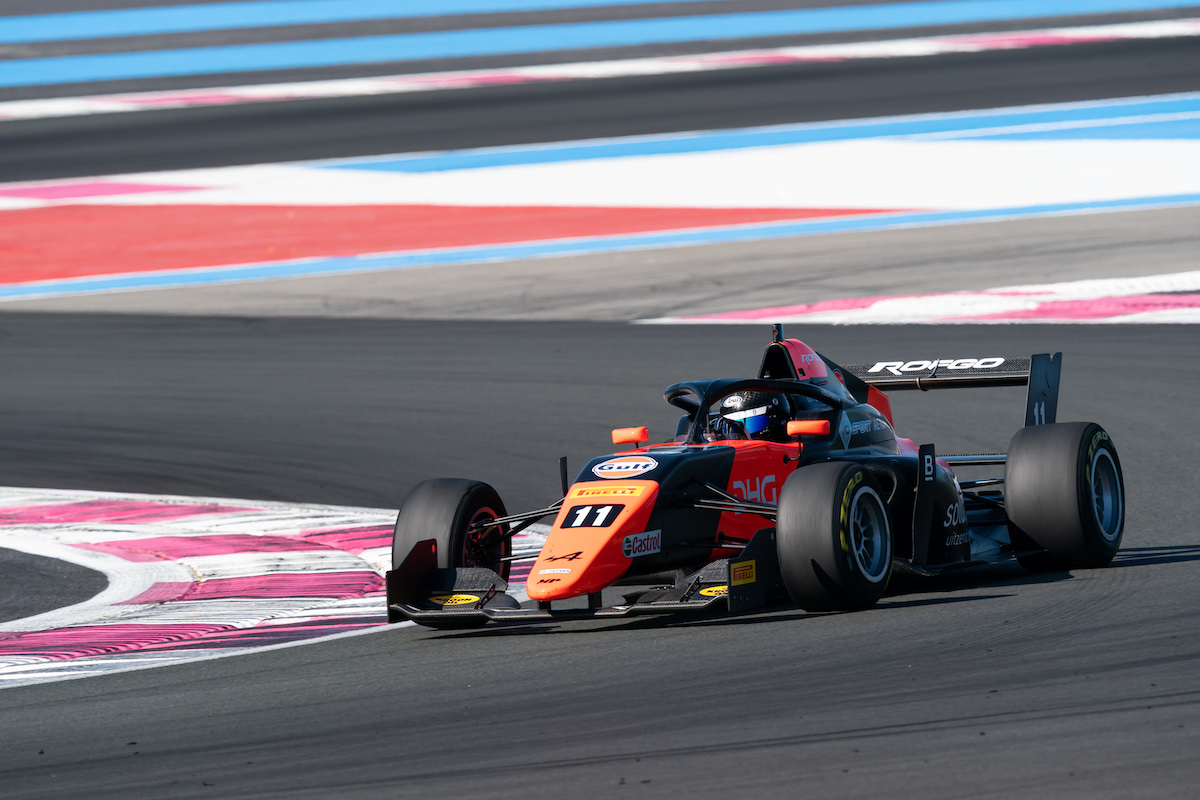 Franco Colapinto will miss the start of the Formula Regional European Championship by Alpine season at Imola this weekend because of clashing sportscar commitments.

There had been a plan for Colapinto to pull double duty and race in both FREC and the European Le Mans Series opener at Barcelona.

Having been in Spain this week to take part in ELMS testing and practice with the G-Drive Racing LMP2 squad, he had been expected to travel to Imola in time to take part in qualifying and the opening FREC race on Saturday with MP Motorsport before returning to race in ELMS on Sunday.

However, on Friday night he announced he would miss out entirely on the FREC season opener.

“I will not be competing in Imola this weekend for reasons out of our control,” he said. “I will remain in ELMS instead of travelling tonight to Imola.

“I really feel sorry for my team MP Motorsport who have always been supportive of my racing and wish them the best of luck for the races. I will still give my best this weekend in Barcelona for G-Drive Racing.”

Colapinto finished third in the Formula Renault Eurocup last year with MP Motorsport in his second full season of single-seater racing, after winning the Spanish Formula 4 title in 2019.

After starring in the virtual Le Mans 24 Hours last year, he went on to impress the sportscar racing world when he raced for G-Drive in the Asian Le Mans Series at the start of this year, setting the fastest lap in three of the four races.

That earned him a seat alongside Nyck de Vries and Roman Rusinov in the team’s ELMS line-up and for the Le Mans 24 Hours.

At that point there were no clashes between the ELMS and FREC calendars, only for FREC to lose its planned Spa season opener set for April 24-25 and instead join Formula 1 at Imola this weekend.

Colapinto is the second driver to have been ruled out of the FREC weekend at Imola on Friday after ART Grand Prix driver Thomas ten Brinke tested positive for COVID-19.