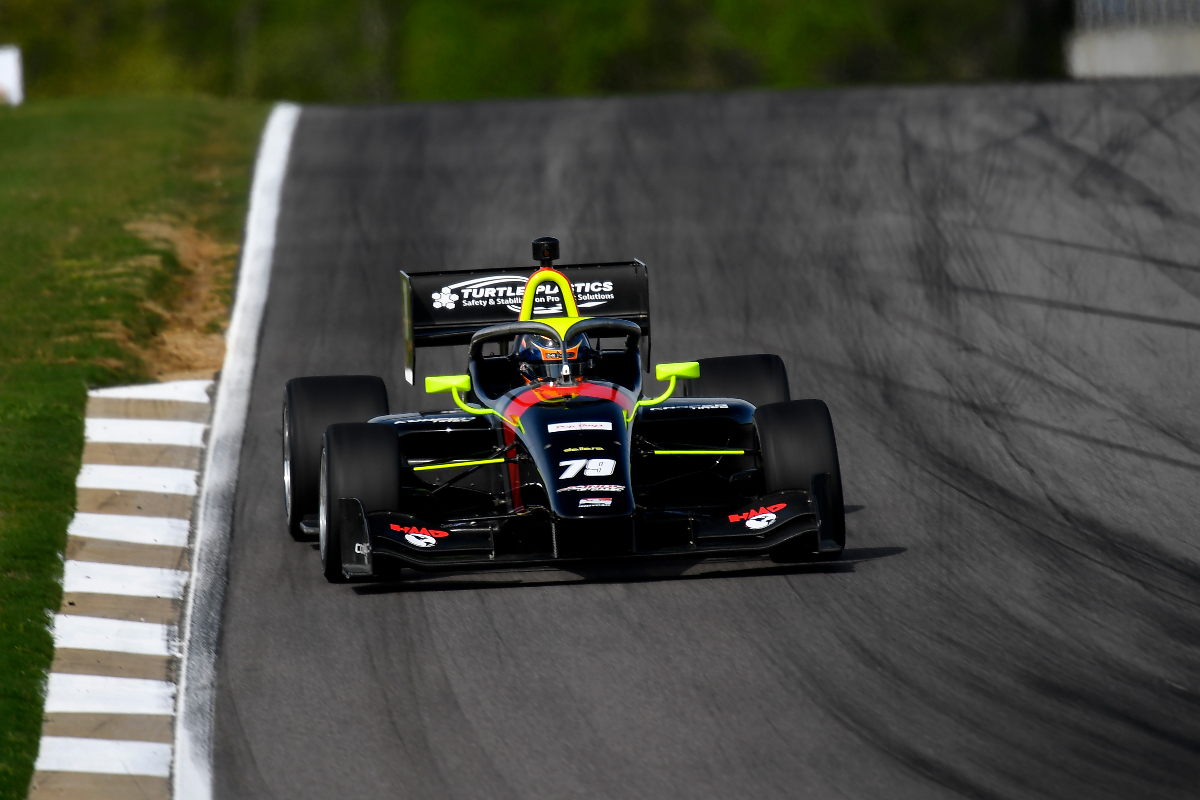 Andretti Autosport’s Robert Megennis and Kyle Kirkwood set the pace at first, while Malukas was later to leave the pits and reaped the benefits by significantly outpacing both.

Malukas stayed on top while the likes of Juncos Racing’s Toby Sowery and Sting Ray Robb improved their laptimes and disputed second place behind him, before everyone returned to the pits to take off their used set of tyres and attach fresh rubber for the second half of the session.

At this point Sowery and Megennis were Malukas’s closest rivals, with the top 10 all within 0.7 seconds of pole.

It wasn’t until the final five minutes of the session that the first improvements on the new tyres came, with Megennis bringing himself up to fourth before being shuffled back down by GRG with HMD driver Lundqvist.

On his next lap Lundqvist then shot to the top with a 1m11.8324s, and Malukas waited for clean air before reclaiming first place with a 1m11.8097s with less than a minute-and-a-half to go. Lundqvist responded a few seconds later, improving by a tenth to take back provisional pole, but Malukas also still had more pace in the bag and set a 1m11.7021s with 10s left of the session to run.

Lundqvist had been running nearly in Malukas’s wake prior, but backing off for his final effort may have cost him as his final improvement to a 1m11.724s wasn’t good enough and he came short of a second pole position of his debut weekend by 0.0221s.

Megennis was just a tenth of a second slower in third, and Andretti Steinbrenner Autosport’s Devlin DeFrancesco leapt up to the order to fourth at the very end.

Sowery was shuffled down to fifth, just pipping GRG with HMD’s Benjamin Pedersen to the position, while Kirkwood was half a second off the pace in seventh and just ahead of fellow debutants Alex Peroni (Carlin with Jay Howard Driver Development) and Robb.