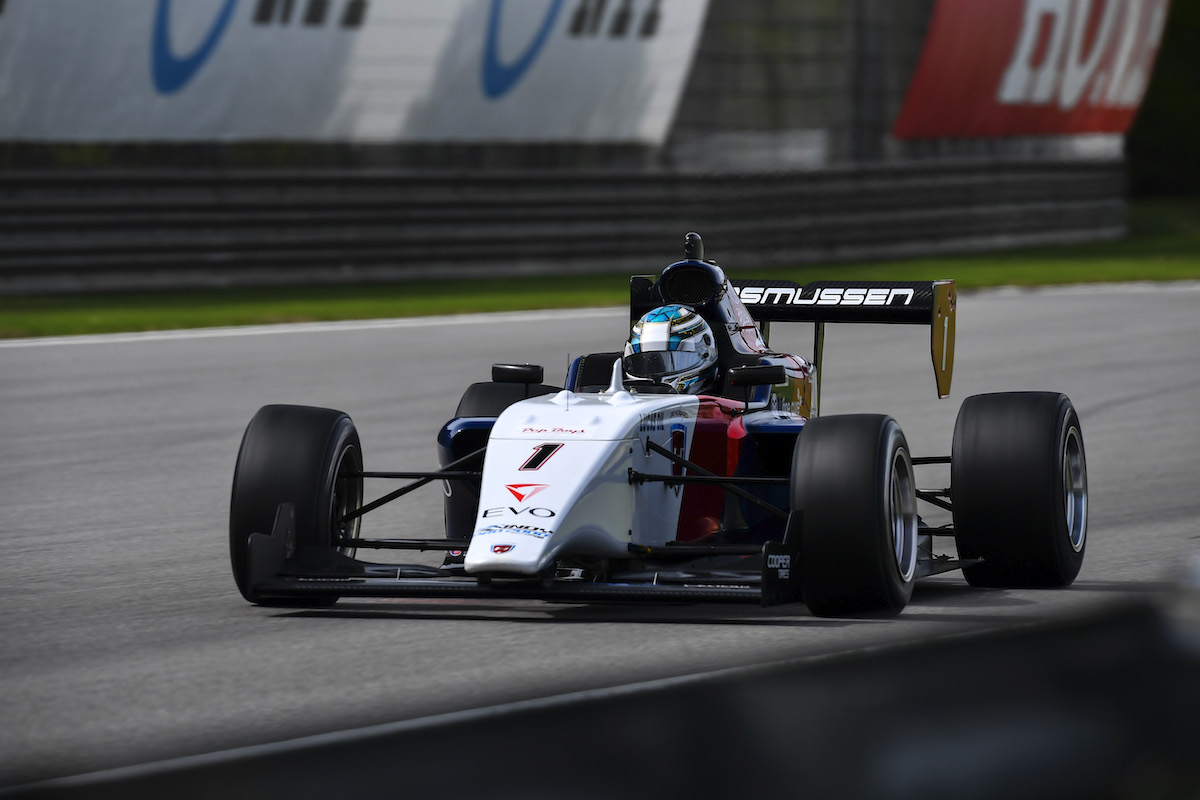 Christian Rasmussen put in a controlled display to take pole on just his second attempt in Indy Pro 2000 for race two of the Barber Motorsports Park season opener.

The Dane was quickest from the off in the Friday afternoon qualifying session, initially lapping in the 1m17.2s territory.

Race one poleman and series returnee Braden Eves briefly surpassed him at the top, as Rasmussen was denied the chance to improve when Juncos Racing driver Manuel Sulaiman span and stalled at turn two and caused yellow flags to be waved in the first sector.

Jay Howard Driver Development’s Rasmussen was soon back on top though, joining Exclusive Autosport driver Eves in the 1m16s while the rest of the grid searched for improvements at a pace half a second slower.

On Rasmussen’s seventh lap of the session he set a 1m16.5270s, a benchmark that neither he nor anyone else could improve on and guaranteed him pole when Velocity Racing Development’s rookie Hunter Yeany picked up damage exiting turn 13 and caused the session to be red flagged.

Pabst Racing’s Hunter McElrea made his way onto the front row by setting his personal best just before Yeany’s troubles, and Juncos’s Reece Gold also snuck in a lap to push Eves down to fourth place.

RP Motorsport won’t be starting either race in its first weekend back in IP2000 from inside the top 10, as after its poor qualifying one showing it had Enzo Fittipaldi (co-run by Andretti Autosport) and Enaam Ahmed go 12th and 13th fastest in the second session.