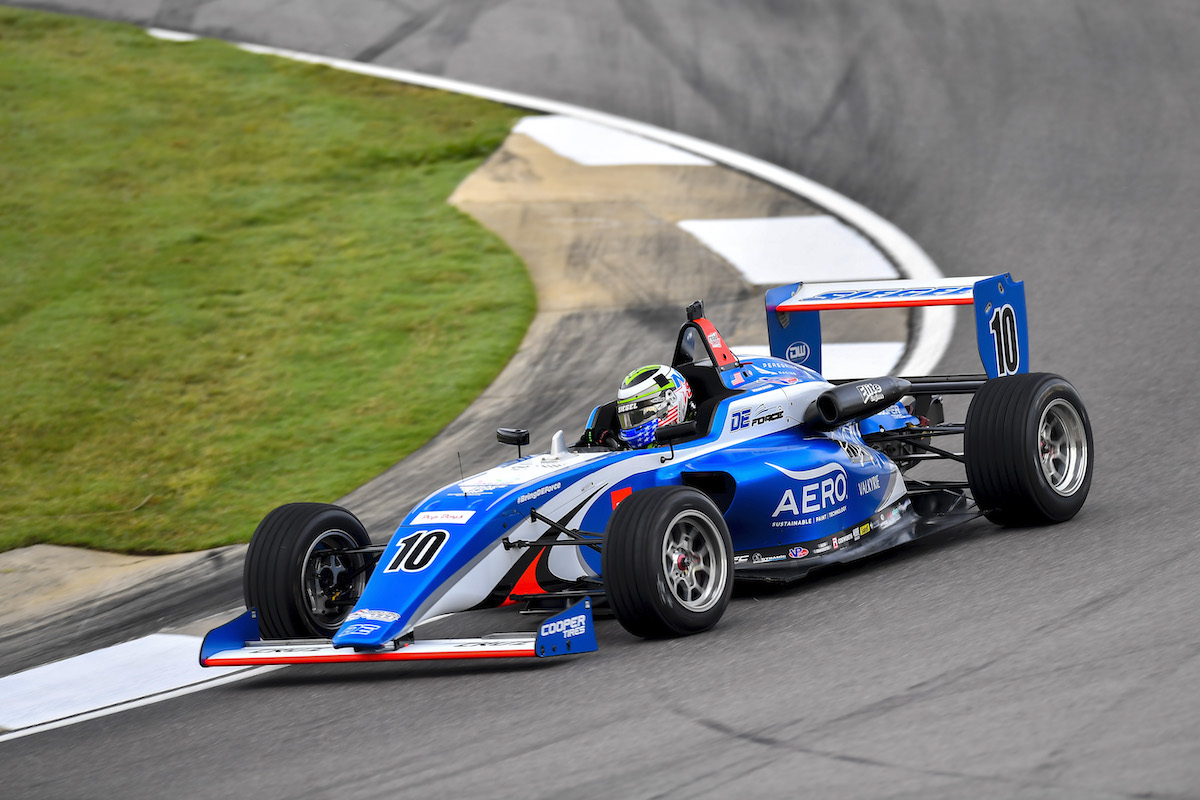 Nolan Siegel led a DEForce Racing 1-2-3 covered by less than a hundredth of a second as he took pole position for the second race of the USF2000 curtain-raiser at Barber Motorsports Park.

Myles Rowe sat atop the times for the new African American-led Force Indy team when the session was halted inside the final 10 minutes to recover the stopped car of Jackson Lee from Turn 16.

After the restart, Siegel posted a new record lap of 1m20.9794s to go top with two-and-a-half minutes to go.

Siegel’s team-mates Kiko Porto and Prescott Campbell soon moved into second and third respectively, and both improved their times before the finish but fell agonisingly short of pole – Campbell 0.0074s away as he joined Siegel on the front row and Porto 0.0094s behind in third.

Rowe found a late improvement on his previous benchmark to take fourth, with F1600 Series graduate Dylan Christie in fifth for Turn 3 Motorsport.

Josh Pierson and Michael d’Orlando were both factors in the fight for pole but ended up sixth and seventh respectively, with the top 10 completed by Josh Green, Christian Brooks and Jace Denmark.

After taking pole for race one, Yuven Sundaramoorthy had to make do with 15th.