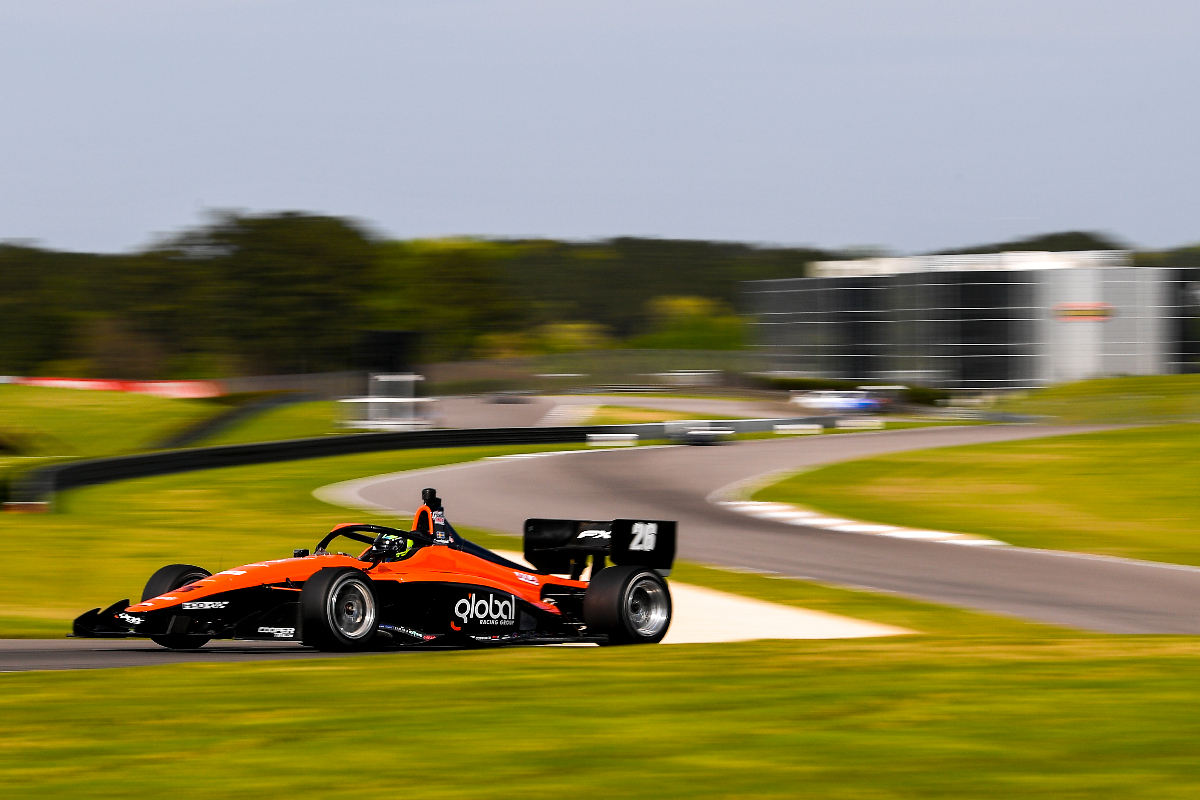 It’s the first time qualifying has been held for the series since the 2019 season finale at Laguna Seca, after the 2020 season was cancelled as a result of the COVID-19 pandemic after just one free practice session on the streets of St. Petersburg.

Reigning Formula Regional Americas champion Lundqvist topped the 30-minute qualifying with a 1m11.5149s in the final five minutes, eclipsing the track record, to snatch pole for his debut race on Saturday.

He overhauled HMD’s David Malukas, who spent the majority of the session towards the top of the timesheet and put in a mighty lap early on to go more than three tenths quicker than anybody else until that point.

Kyle Kirkwood, Indy Pro 2000 champion in 2019, will start from his long-awaited first race from third place after improving late on in the session to be the top Andretti Autosport driver.

Carlin is making a return to the series, while JHDD is new to this level of racing, and the second of their cars qualified 12th in the hands of Christian Bogle.

Danial Frost rounds out the top 10 for Andretti, after he had an off at turn 13, ahead of HMD’s Nikita Lastochkin.

The all-rookie combination of Pserra Racing and Antonio Serravalle was the last of the 13 runners, 1.6168 seconds off pole around the twisty Alabama circuit.