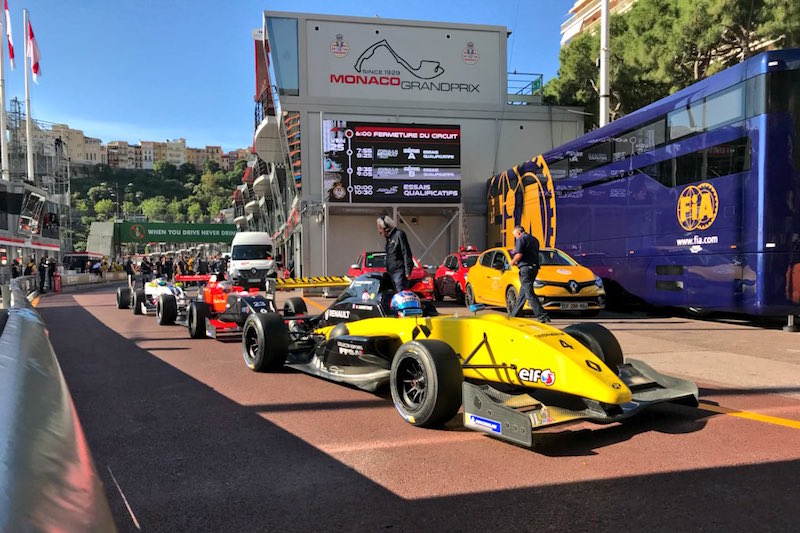 The Formula Renault rookie claimed top spot late on with a time of 1m31.524s just before a red flag brought an early end to the 45-minute session.

The red flag came out after Fewtrell made contact with the barriers at the Swimming Pool and Alex Peroni (who ended the session sixth) crashed at Sainte Devote.

Stand-out rookies Lorenzo Colombo and Christian Lundgaard took 11th and 12th respectively after taking turns on top of the times with 10 minutes remaining.