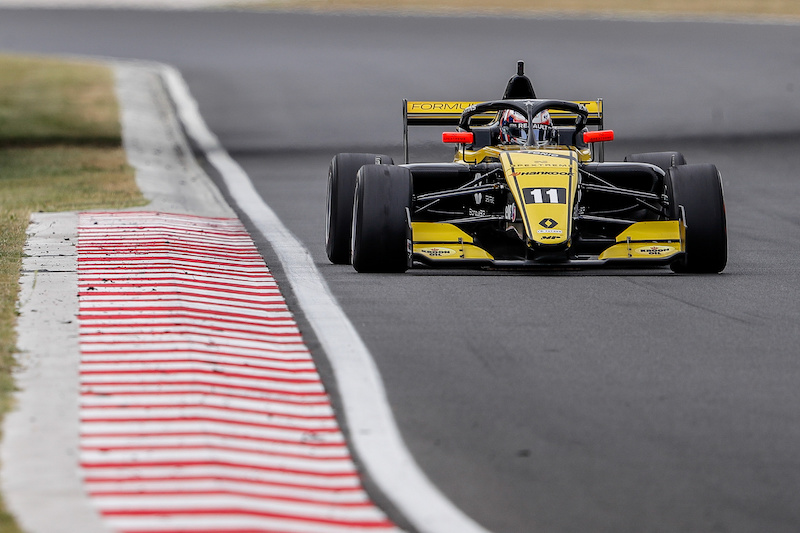 MP Motorsport?s Victor Martins claimed pole for with his final lap on a drying Hungaroring circuit in first qualifying for the Formula Renault Eurocup weekend.

The track had been steadily drying throughout the session and lap times were beginning to dip under 1m48s when Patrick Schott hit the barriers with five minutes left on the clock.

The red flag was brought out to clear Schott?s M2 Competition run Renault, allowing the track to dry further before a five minute pole position shoot out.

Times dropped dramatically after the red flag. Alexander Smolyar, who had set the pace early in the session, was the first to jump back to the top of the order with a 1m43.705, but times continued to improve with every lap.

Championship leader Oscar Piastri could only manage sixth quickest. The R-ace GP driver had on a flying lap when the red flag was brought out, with the quickest time of anybody in sectors one and two before abandoning the lap.

When the track turned green again, he did briefly take the top spot, but dropped back down the order as others found improvements. He ended the morning half a second off the pace.