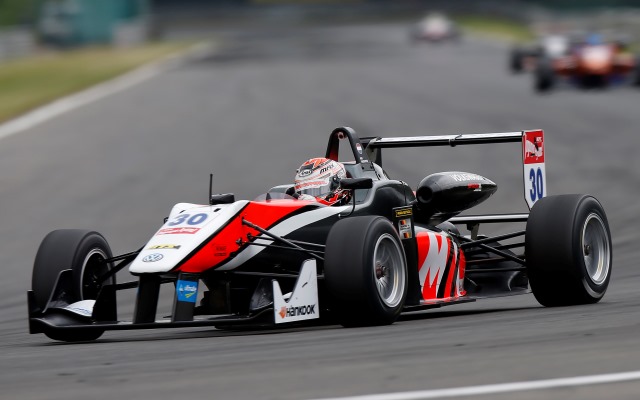 Verstappen and championship leader Esteban Ocon worked their way past surprise pole-sitter Gustavo Menezes before the end of lap one.

As in race one, Verstappen had to deal with a mid-race safety car, when Lucas Auer clashed heavily with Felix Serralles at Les Combes. Auer had run wide at the right-hander and clattered into Serralles when he rejoined the track, sending the West-Tec driver onto two wheels and into the barrier.

After the restart, Verstappen handled the pressure from Ocon to win by 0.805 seconds.

Menezes finished in third to secure his maiden podium, while Felix Rosenqvist inherited fourth after the Auer-Serralles clash. Tatiana Calderon enjoyed a clean race to go from 11th to fifth and claim, by far, her best result in the series.