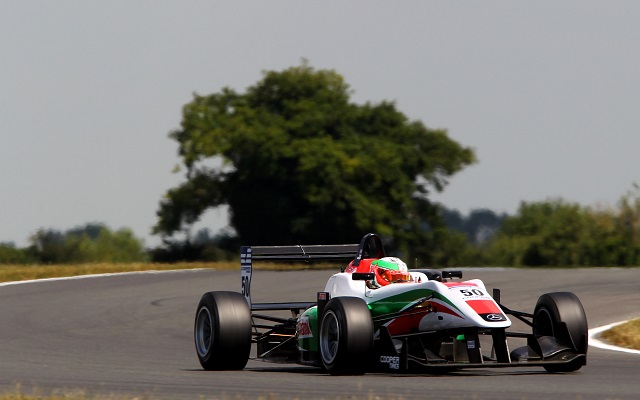 Scotsman Sam MacLeod has gotten right back to winning ways on his return to British F3 as he converted pole position into his third victory of the season.

MacLeod led a Fortec 1-2-3, which was the team’s second consecutive podium lockout in the series.

Championship leader Martin Cao put a lot of pressure on MacLeod over the opening laps before before dropping off in the second half of the race to claim his seventh consecutive second place in a row.

Matt Rao didn’t manage to keep up with his teammates, settling for third place early on and securing his podium more than ten seconds down the road.

Camren Kaminsky had a largely uneventful race in fourth, while Andy Chang Wing Chung spun out during the opening lap and didn’t manage to overtake Peter Li Zhi Cong for fifth during the remainder of the race.