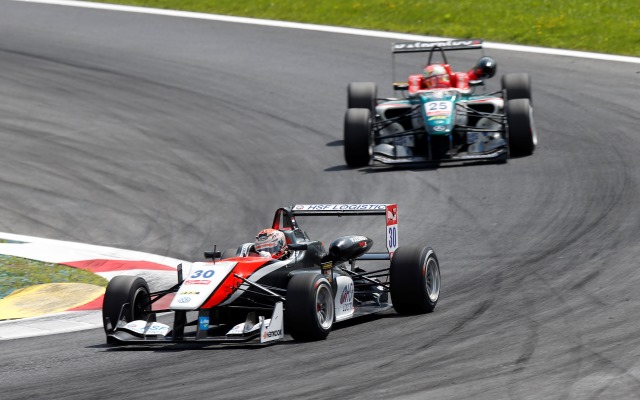 Max Verstappen has lost his podium finish in the first race of the FIA F3 European Championship weekend at Spielberg for a track limits offence, but stewards have taken no further action on the turn one incident between himself and Esteban Ocon.

Verstappen went off track at turn two, Remus, on the second lap to overtake Antonio Fuoco for fifth position. Verstappen went on to finish third, but has been given a five-second penalty for leaving the track and gaining an advantage in that move on Fuoco, which drops him back to fifth place behind Jake Dennis and Felix Rosenqvist.

Verstappen had challenged Ocon for the lead at the first corner of the race but contact was made that sent Ocon to the back of the pack and caused Verstappen to fall to sixth. Verstappen went for the inside but was forced up onto the kerb by Ocon. Verstappen bounced off the kerb, sending him wide and into the side of Ocon’s car. Stewards decided that this was a racing incident.

Verstappen’s demotion to fifth extends Ocon’s championship lead over the Dutchman to 106 points. It had been 116 at the start of the day.