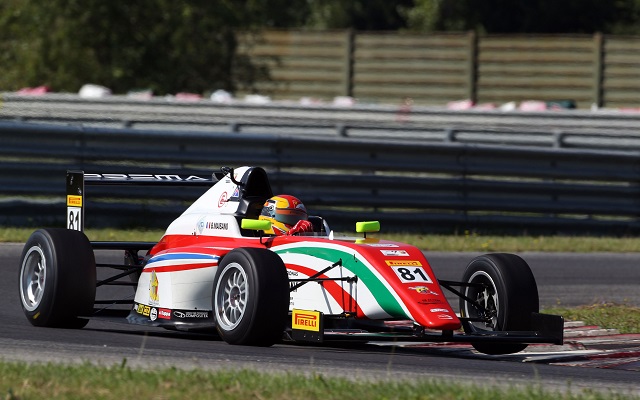 Session one was marked by a late red flag with two minutes to go, but that had little bearing on the results – with most of the better laps set before the stoppage. Maisano led Mattia Drudi by one tenth, with Championship class leader Lance Stroll taking a close third.

Alain Valente was the only Jenzer driver to get into the top ten with fourth place, while Euronova duo of Leo Pulcini and Andrea Fontana were fifth and seventh, split by Takashi Kasai.

SMP’s Ivan Matveev was eighth, with Mahaveer Raghunathan and Matteo Desideri making up the rest of the top ten.

The second session also saw a red flag, but that did not prevent Maisano from setting another benchmark lap, a tenth clear of his teammate Stroll.

Drudi was third this time around, ahead of Euronova’s Pulcini and Fontana. Kasai managed another sixth, leading Matveev and Valente.

Andrea Russo and Gustavo Bandeira recovered from muted performances in the first practice to complete the top ten.