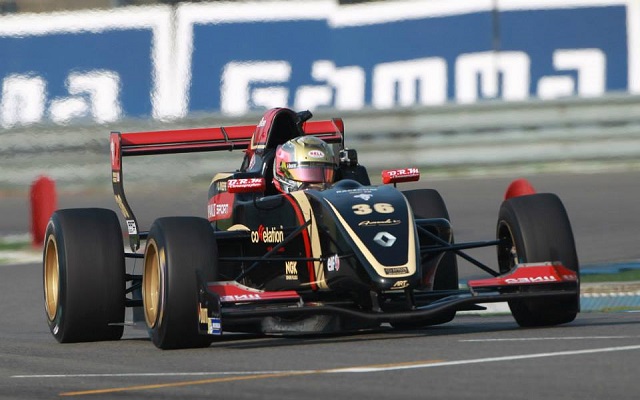 The first lap of the race saw the safety car come out as a result of an incident which forced championship leader Steijn Schothorst into retirement.

When the action continued, O’Keeffe carried on in the lead and was closely trailed by the trio of Ben Barnicoat, Gustav Malja and Seb Morris.?

However, the top four remained unchanged for the rest of the race – Barnicoat and Malja completed the podium, while Morris was fourth.

Matthew Graham took seventh, ahead of Louis Deletraz, who had to settle with eighth despite having started on the front row. Euronova’s Ukyo Sasahara and Speedfish-Racing’s Stefan Riener completed the top ten.

As a result of Schothorst’s retirement and Barnicoat’s podium, the British karting graduate now leads the championship by eleven points.