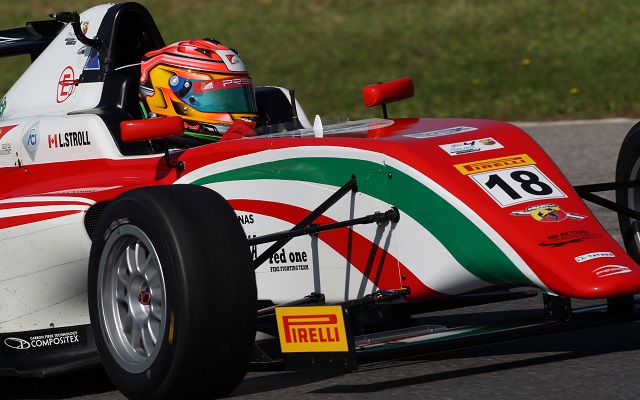 Prema Powerteam drivers Lance Stroll and Brandon Maisano locked out the front row in both qualifying sessions for the round at Magione.

Stroll bested Maisano by less than a tenth in qualifying one, setting his top lap in the middle of the 15-minute session and staying in first until the end.

His French teammate settled for second, before beating out Stroll by a similar margin in qualifying two, ensuring all-Prema front rows for the first and third races of the weekend.

Mattia Drudi and Leo Pulcini made up row two in both qualifying sessions, twice third and fourth respectively.

Andrea Fontana and Ivan Matveev took fifth and sixth in qualifying one, before swapping places in Q2, with Andrea Russo picking up seventh on both occasions.

Alain Valente, Zack Dante and Joao Vieira completed the top ten for race one. Takashi Kasai, meanwhile, is set start race three in eighth, ahead of Vieira and Matteo Desideri.